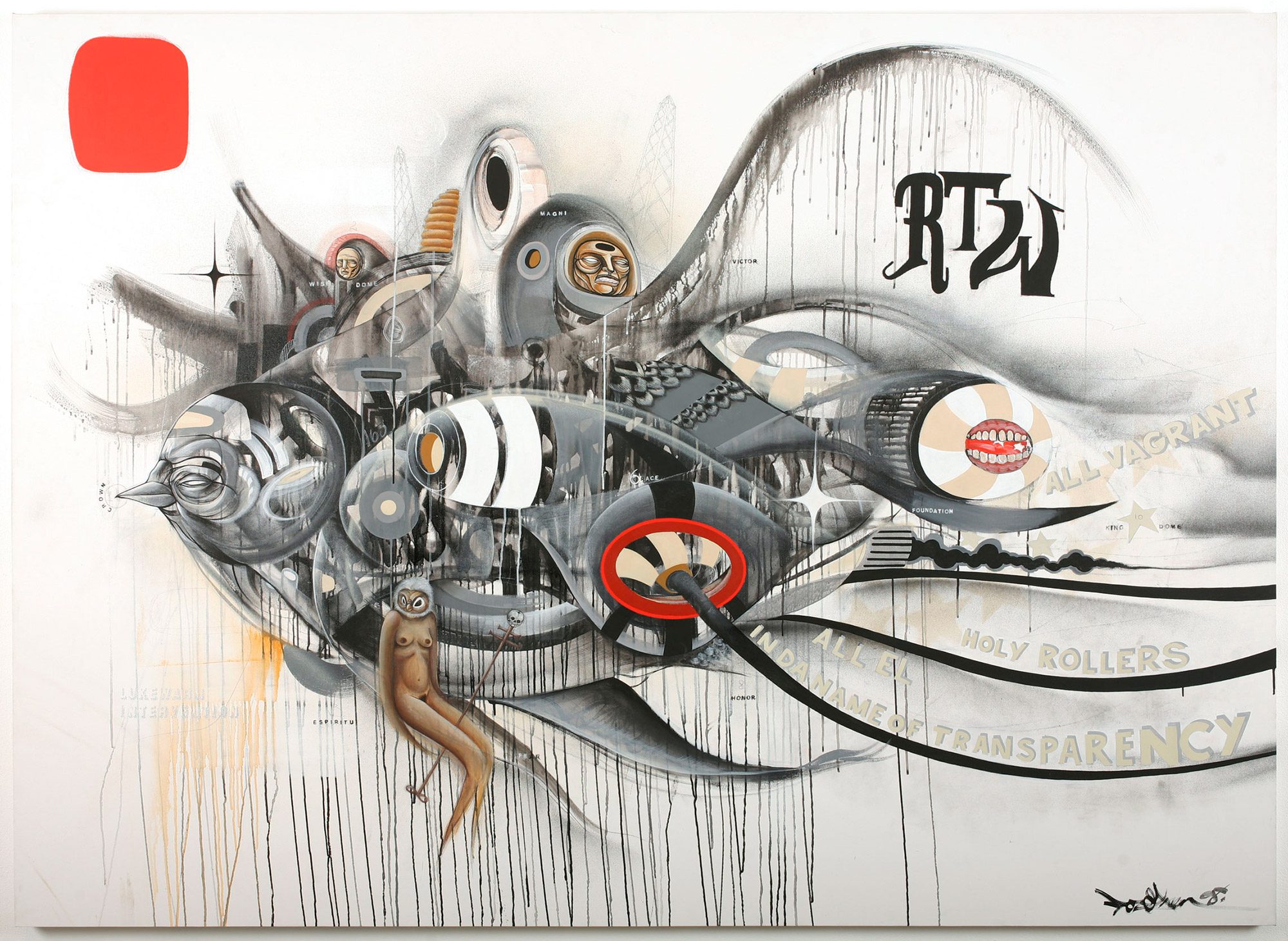 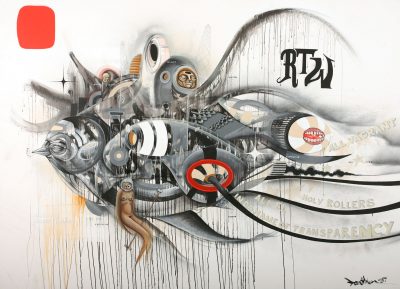 Jeffrey “Doze” Green was born into a family of musicians and artists who were based in the neighborhood of Washington Heights, a part of Manhattan known for being home to communities of different ethnic origins, making it a favorable place for generating all kinds of popular cultural expressions oriented around identity formation.

Green studied at the High School of Art and Design with artists like Lady Pink, Daze, Ernie Valdez, and TC5, among others.  He quickly became one of the pioneers of street art, tagging the neighborhood of Washington Heights and the subway.  He later joined the legendary Rock Steady Crew, which was responsible for popularizing breakdancing.  The group, whose success grew exponentially in the 1980s, succeeded in bringing this street-based language to the mainstream, attending art exhibitions and performing their choreographed dances in the main galleries of Soho and the Lower East Side.  It was probably this incursion into established exhibition spaces that led Doze Green to stop doing graffiti in the subway and to start showing projects in these other kinds of spaces.  For the artist, the change from producing his art on the street to taking it to galleries has not changed the meaning of his work, which tends to tell the stories of oppressed people and the uncertainty of their lives.

Rock the World is made with metallic pigments and other materials that are characteristic of his work.  The artist’s genealogy is an essential part of his inspiration.  Thus, in his work there are figures who correspond to beings from ancient civilizations and indigenous cultures, including his own Afro-Caribbean roots.  Sometimes —as is the case with Rock the World— these figures emerge in seemingly futuristic contexts, with messages that aim to activate the potential of his community.