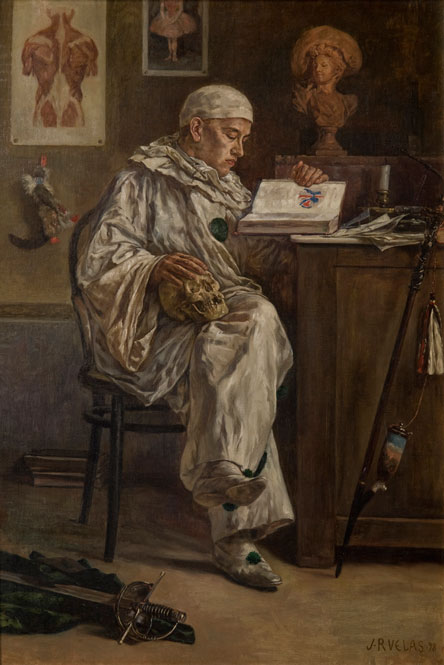 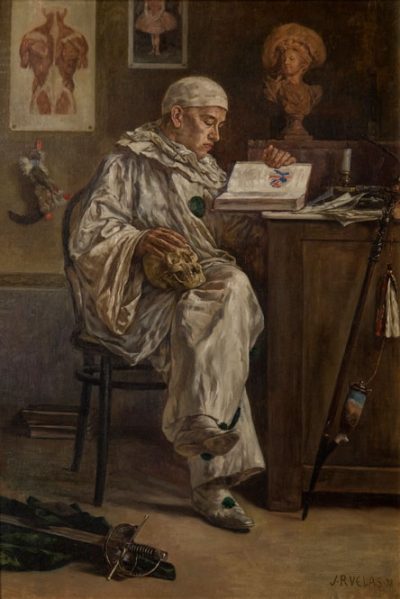 Julio Ruelas was a member of a group of Mexican intellectuals who declared themselves in opposition to the bourgeois way of life at the end of the nineteenth century, immersed in the bohemian ambiance of the city and the arts.  Although their references and inspirations were local in nature, they turned their gaze toward the Old World, toward the work of poets and philosophers like Johann Wolfgang von Goethe, Charles Baudelaire, Paul Verlaine and Friedrich Nietzsche.  This was not exclusive to intellectual and artistic spheres: beginning at the end of the nineteenth century, Mexico was putting its stakes on a modernity whose model came from Europe, and particularly from France.

During his reign, Porfirio Díaz especially promoted cultural exchange with France.  In addition, the political atmosphere together with government initiatives made possible the creation of spaces of dissemination, including a series of literary journals like La Revista Moderna, for which Ruelas was the main illustrator.

Julio Ruelas’s works are characterized by macabre, somewhat sinister and melancholy themes, which are present in both German romanticism and French symbolism, movements that he probably encountered while he was studying painting in Germany (1892—1895) or during his stay in France (1904—1907).  Like the works of Gustave Moreau and Odilon Redon, Ruelas’s paintings feature mythological, Biblical and fantastic characters, through which he sought to reflect emotions and ideas from outside the objective world.

In Pierrot Doctor, the artist resorts not to fantastic figures, but rather to a literary one.  The model he used for this work was one of his brothers, Alejandro, who also appeared in some of his other paintings and drawings.  Ruelas very likely painted him as a doctor because “El Burro” [The Donkey], as he was nicknamed, was a medical student.  The setting and theme, according to researcher Luz América Viveros, originated in the story Pierrot enamorado de la gloria by Bernardo Couto, many of whose works were illustrated by Ruelas.