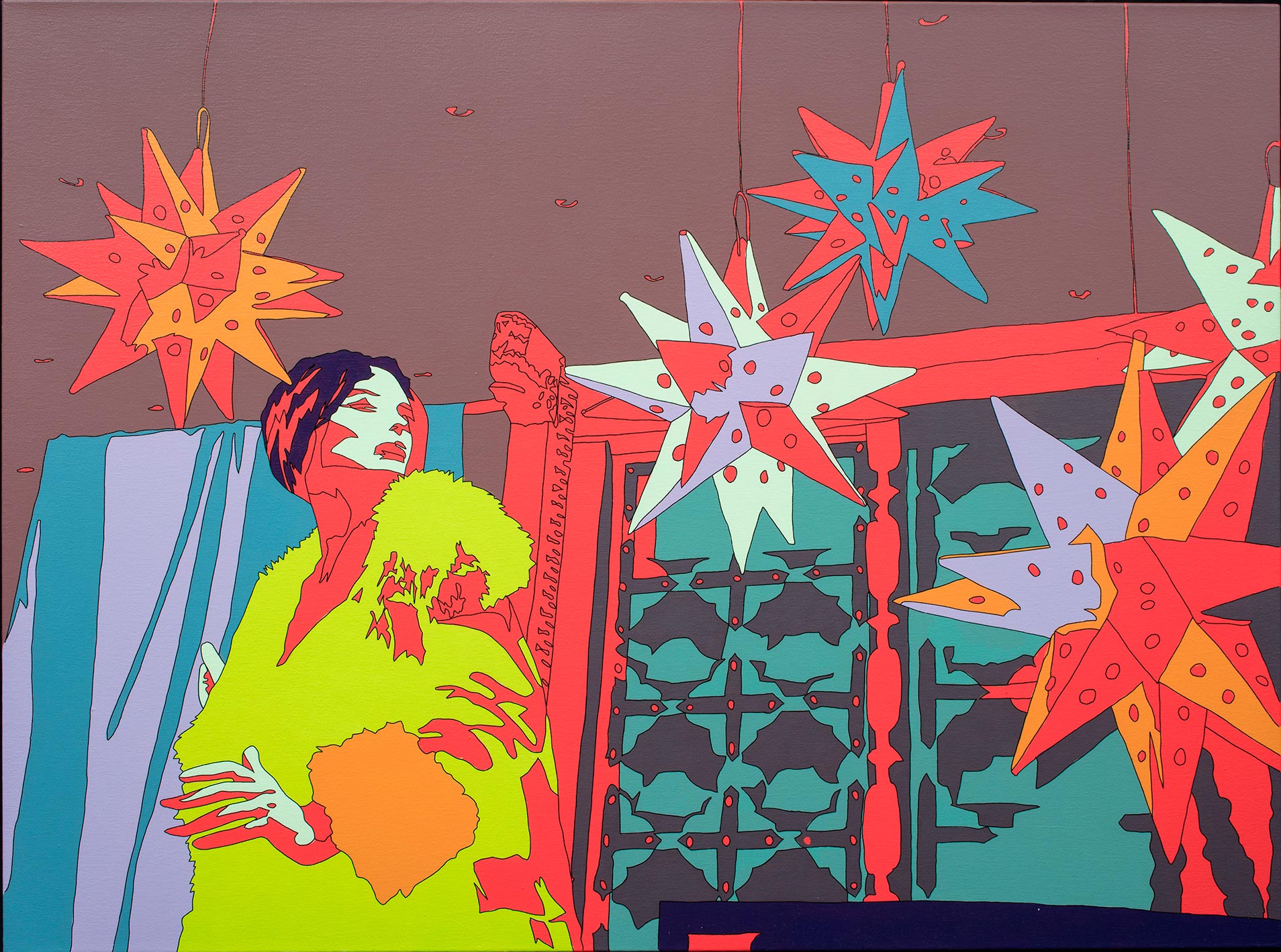 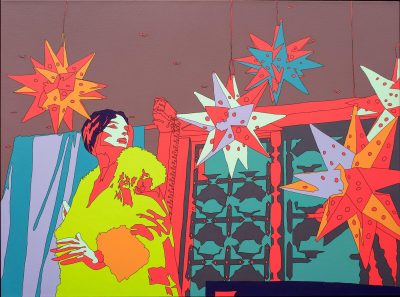 The woman on pier 13

Francis Lisa Ruyter (previously Lisa Ruyter) bases her pictorial production on photographs.  Although she initially worked only with found material, she soon felt the need to capture her own images in order to transform them into vibrantly colored pieces.  By using this palette the artist indirectly lends a visceral quality to scenes that would otherwise remain a simple record of everyday actions.

In addition to paintings that document art world parties, fashion shows and cemeteries, Ruyter has made self-portraits and other pieces with somewhat more socially charged themes.  In 2011 she showed Let Us Now Praise Famous Men, a series based on the photographic record of the effects of the Great Depression, particularly in rural areas of the United States.  Through works such as this, Ruyter is especially interested in the function of images and in the way in which they reflect social changes as well as transformations in people’s thought processes.

The titles of her works are an important feature of Ruyter’s production.  At first she encompassed all of her pieces under the label of “Untitled,” but soon she began drawing on the titles of films that refer to places.  The artist is not interested in the narrative content of the films themselves, but rather in the references that their titles might afford to what we see in her work.

The Woman on Pier 13 draws its title from a 1949 film that, because of its plot, is considered Hollywood’s first attempt to produce openly anti-communist propaganda.