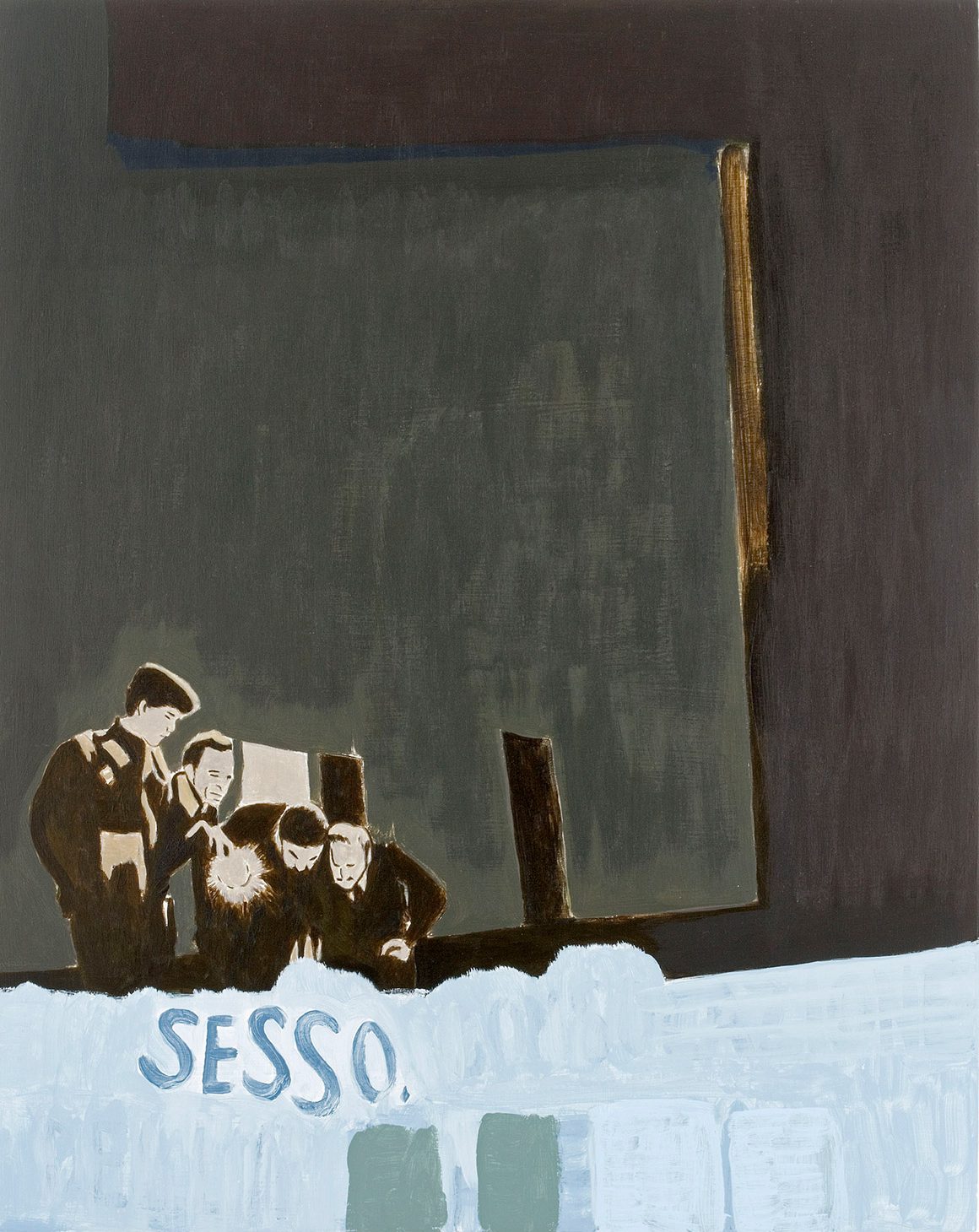 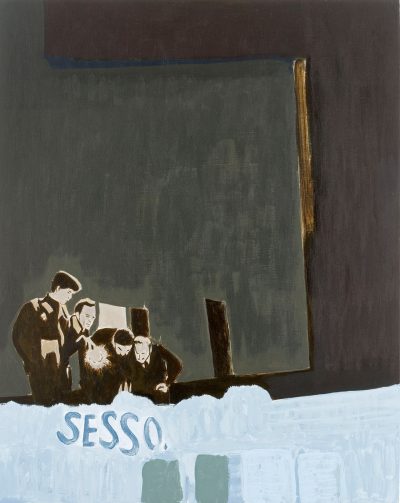 P.P.P. Sesso, from the series “The World Doesn’t Want Me Any More and Doesn’t Know It”

Daniel Guzmán’s work unfolds across a variety of media through which he explores themes like masculine identity, extended adolescence, rock culture and death, employing references to musical, literary and cinematic works.  In many of his drawings there is an impulse that runs from the adolescent to the grotesque and obscene, while the phrases he uses in them convey a certain disillusionment and frustration that respond to the popular culture of recent generations.

The series “The World Doesn’t Want Me Any More and Doesn’t Know It” is inspired by the work of the Italian filmmaker Pier Paolo Pasolini, and draws its title from one of the drawings in the series.  Levitation is based on a scene from the film Teorema (1968), in which a strange, good looking, captivating man pays an impromptu visit to the home of a bourgeois family in Milan.  The man, whom the filmmaker understands as the representation of a sort of God, causes transcendental experiences in the house’s inhabitants.  He eventually announces his departure and leaves the family in disarray.  Their maid then undergoes what has been interpreted as a process of beatification and levitates above the house.  In Levitation Guzmán transforms this scene into a sort of votive offering, a painting offered to a Catholic saint in order to thank him or her for some miracle, thereby complementing the discourse about and interpretations of the film.

Sesso (“Sex”) shows the four main characters from another of Pasolini’s films, Salò o le 120 giornate di Sodoma (1975), during one of the most emblematic scenes of the film.  Based on a work by the Marquis de Sade, the movie was and is considered the most controversial of Pasolini’s repertoire as a result of its violent and sexual content.  In countries like France, it could only be shown in very restricted circles and it could not be advertised, while in others it was censored outright.  Himself acting as a censor, Guzmán decided to cover parts of the scene and only suggest its content by naming it in the title of the piece.

In addition to the references to Pasolini, both paintings wink at authors who have functioned as references for Guzmán’s work, including Chucho Reyes, as seen especially in the naïve character of his references to popular Mexican art, like the aforementioned votive offerings.