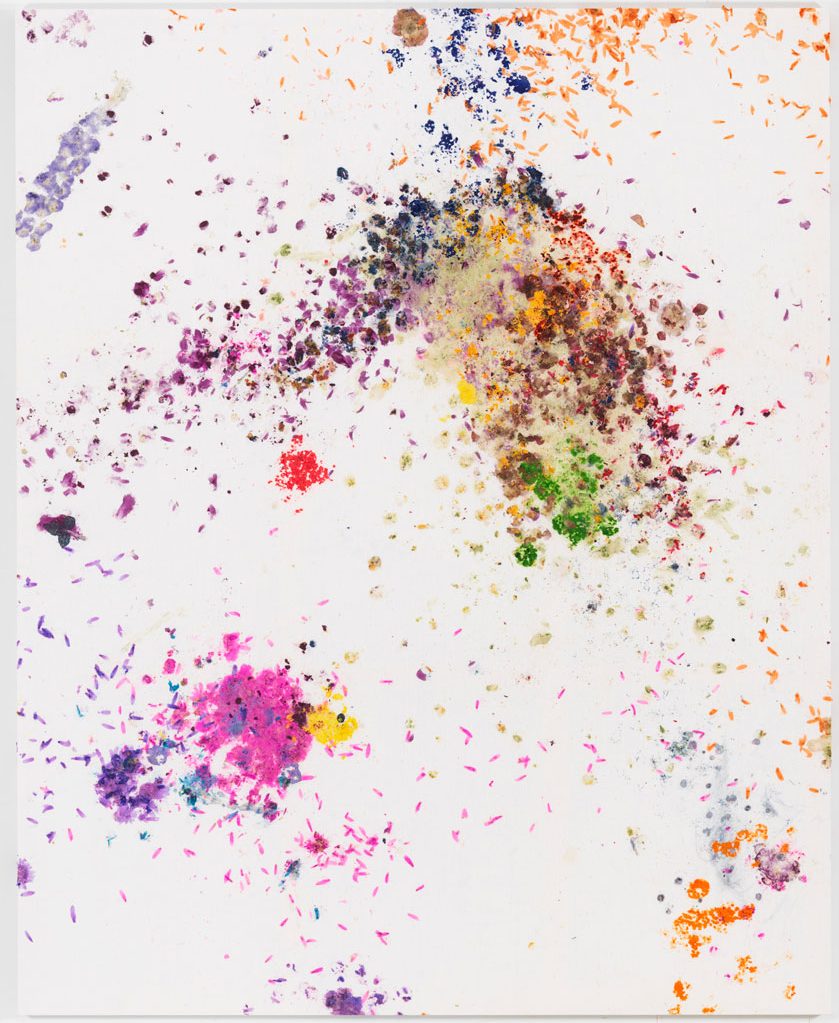 Dan Colen makes his pictorial works with materials like grass, asphalt, feathers, confetti and garbage.  Through these practices he seeks to renounce absolute control over the final result, since the physical properties of each material, as well as the way in which they transform over time, make it such that these pieces are constantly changing.

Kill Me Now comes from a series of paintings of an abstract bent.  In order to make them, Colen places different kinds of flowers on the white canvas, which he then strikes.  The idea is for the characteristics of the flowers to determine the result and not the force that Colen uses to hit them, which presents a whole challenge to the artist.

The titles, too, are an important part of the piece, relating to aspects of his biography.  Some are lyrics from punk and metal songs that refer back to his younger years in the 2000s, when he worked with his friends and colleagues Ryan McGinley and Dash Snow in a constant atmosphere of excesses that led to the latter’s death in 2009.  A year later, Colen began to work on his “flowers” series in a sort of reflection on life and the constant processes of change to which everything is subject.