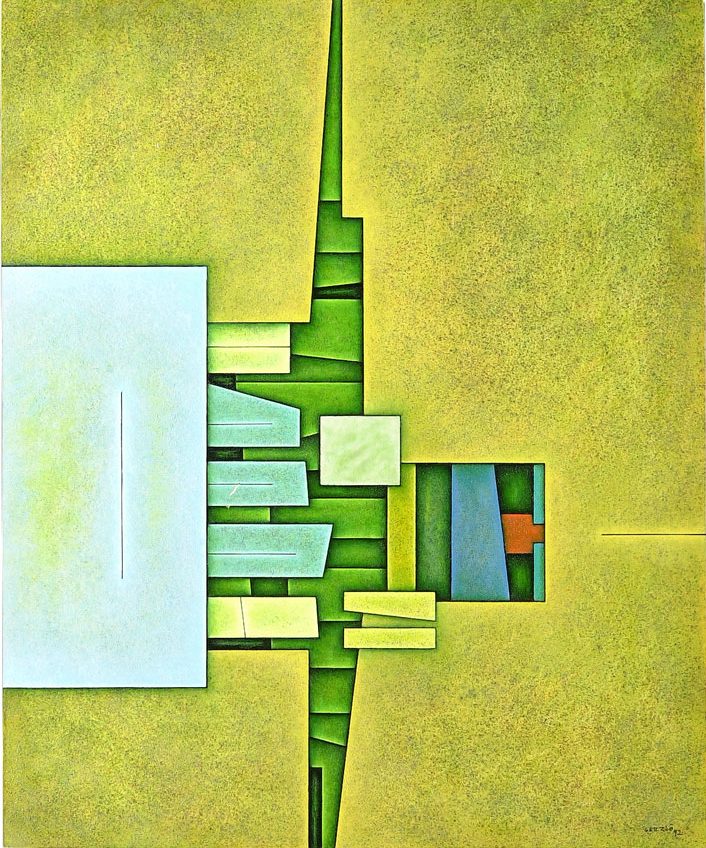 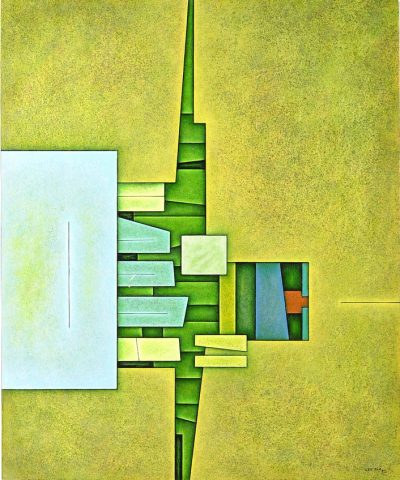 Of Hungarian and German descent, Gunther Gerzso was notable as a set designer, writer, director of theater and cinema, and later as a painter. His work in the lattermost medium placed him alongside other great Latin American artists like Carlos Mérida and Rufino Tamayo, insofar as it opposed the ideological and aesthetic movement that defined Mexican muralism.

His training and his first projects clearly reflect his education and exposure to works by Europeans like Henri Matisse and Pablo Picasso, as well as the Mexicans Diego Rivera and José Clemente Orozco. In the 1940s and ’50s, he worked as a set designer in the film industry with directors like Luis Buñuel, Emilio “el Indio” Fernández and John Huston. In the mid-1940s he joined the group of surrealist artists who lived in Mexico: Leonora Carrington, Remedios Varo, Kati Horna and Wolfgang Paalen.

Gerzso’s work is characterized by a profound artistic appreciation that links European influences to the new aesthetic formats being created in Mexico during those years. His earliest paintings had an experimental character and in them one can identify the influence of his work as a set designer. Later, with pieces like Rojo-Azul-Amarillo [Red-Blue-Yellow], he began a new pictorial style dedicated to abstraction, a tendency that was developed in the United States. Nevertheless, Gerzso created a new poetics of abstraction by incorporating pre-Hispanic elements to this international language. The artist’s colorful surfaces look like solids, with the aim of remaining fixed in the spectator’s memory. There is a manifestation of isolation and independence and an intention to generate an immersion in that instant through the saturation of color. As such, the geometries that he develops in his compositions establish permanent relationships in space.

These concerns are prevalent in the case of Grieta [Crack], a later work, but one also notes the desire to allude directly to the representation of landscape, which is how his works are generally understood. Gerzso made use of abstraction and color to speak of the spiritual domain, territory and inheritance. His solid compositions were a sort of landscape of the spirit.