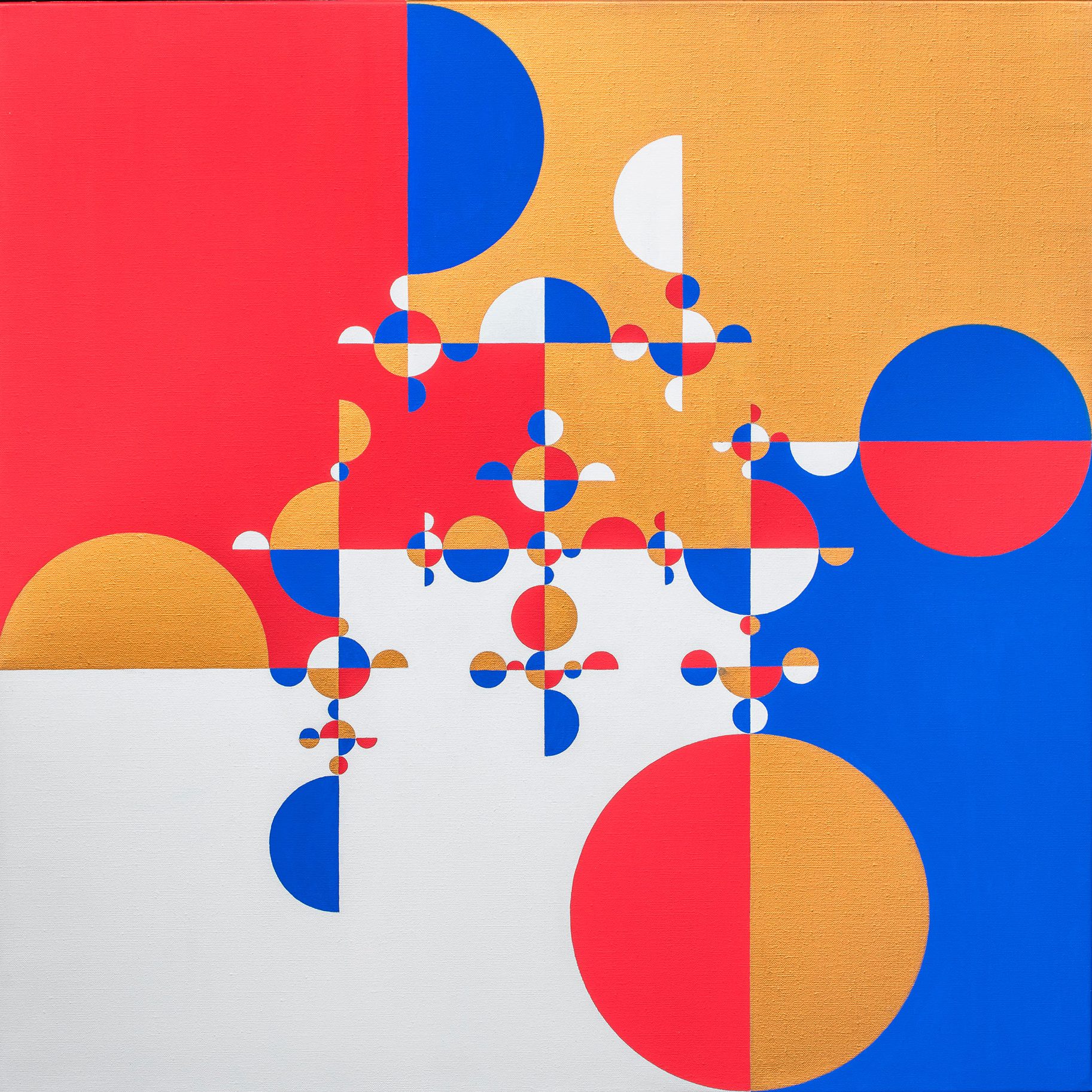 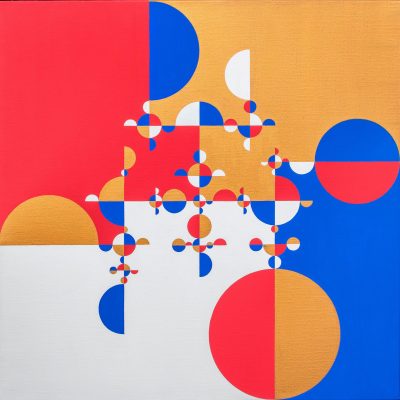 Gabriel Orozco’s work is thematically quite extensive. This is in response to his main interests, which focus on the relationships generated among objects, as well as those that are developed between human beings and our knowledge of being inserted in the world. In this sense, his approach can be defined as conceptual.

The ideas to which he refers through his handling of objects allow him to rearticulate the meaning they receive from their origin or their use value. New associations of ideas facilitate in the spectator the opportunity to establish different links to themes that are repeated. In a way, the artist generates the possibility of laying down new encounters and spatial relations, paradoxical and in some cases even poetic connections. The objects with which he works emerge from the context in which he develops his work.

The series to which Fertile Square belongs comes from the period from 2004 to 2006. These paintings result from an exploration into the phenomenon of structures, based on a geometric rationality, with a perfect intersection between circles and vertical and horizontal lines, as well as a color palette restricted to white, blue and red. The color sequence responds to the principles of movement in the game of chess, which implies an orderly, stable evolution. The circle itself is an element that reappears in other formats across Orozco’s œuvre, in which it functions as a bridge between geometry and organic material.