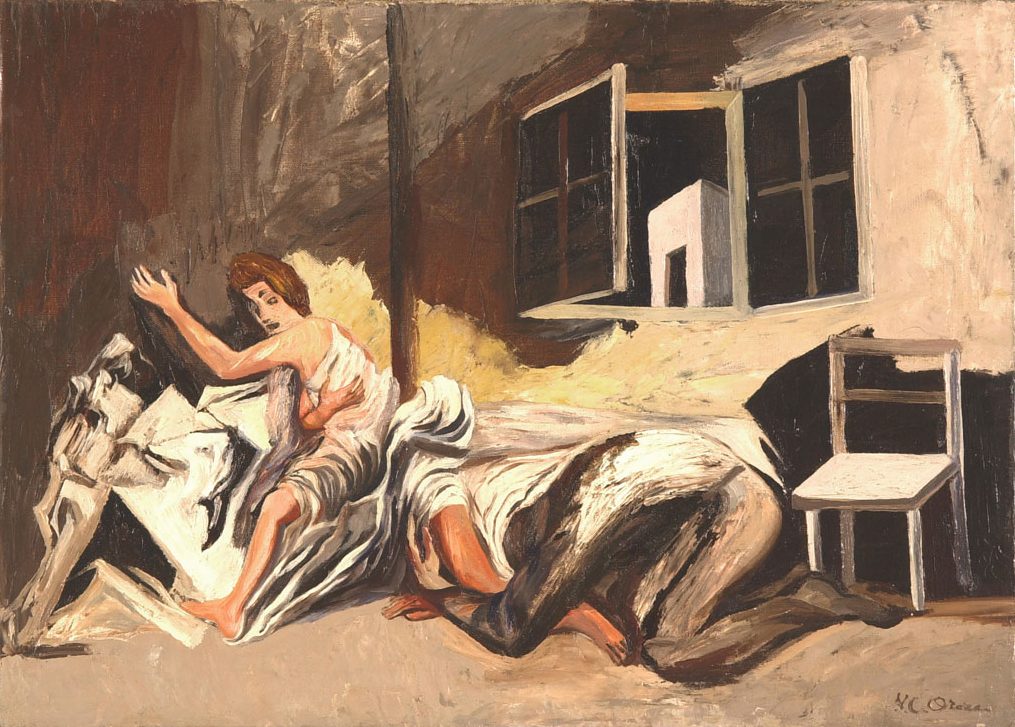 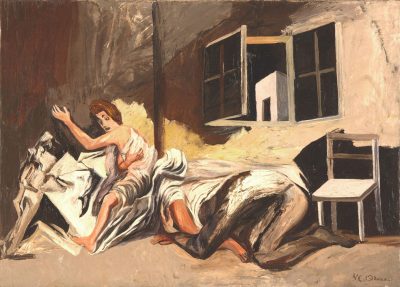 Unlike the other two great muralists, Diego Rivera and David Alfaro Siqueiros, José Clemente Orozco did not espouse a specific ideology.  Forced to flee Mexico City at the age of fifteen, his education unfinished as a result of the revolutionary conflicts, he was critical, sarcastic and crushing toward political and social actors of all stripes.  Influenced by German expressionism and adopting an openly anti-academic attitude, he captured the tragedy of modern man caused by the failed ideals of progress and authoritarian systems, thanks to living through a tumultuous time when the economy was collapsing in the U.S., Europe was seeing the rise of fascism and his homeland was suffering the consequences of a civil war.

Orozco was the first of the “big three” to move to the U.S. in search of international recognition and the possibility of commissions for murals, which were by then in considerable decline in Mexico.  In addition, his intention was to exhibit the series “Mexico in Revolution,” prompted by his friend, the art critic Anita Brenner.  It was during his second stay in the U.S., from 1927 to 1935, that he developed a body of work that combined foreign influences with a vocabulary of his own in order to paint the bridges, subway, avenues, neighborhoods and residents of New York City.  Using somber expressions he portrayed those who suffered the consequences of the economic debacle of the Great Depression, the lynching of African Americans in neighborhoods like Harlem, and scenes that were critical of urban alienation.

During his time in the U.S., Orozco never stopped painting the Revolution and its consequences.  He even continued enlarging small-format pieces for the “Mexico in Revolution” series.  His tragic, brutal vision is exemplified in Drama, part of a body of work in which the supporters of Villa and Zapata and the army are questionable, and it is the people who must endure the onslaught of violence.  He portrays the latter as hungry, beaten and violated, just as in the scene in this painting.  Without romanticism, nationalist idealization or heroes, Orozco instead opts to express human tragedy.