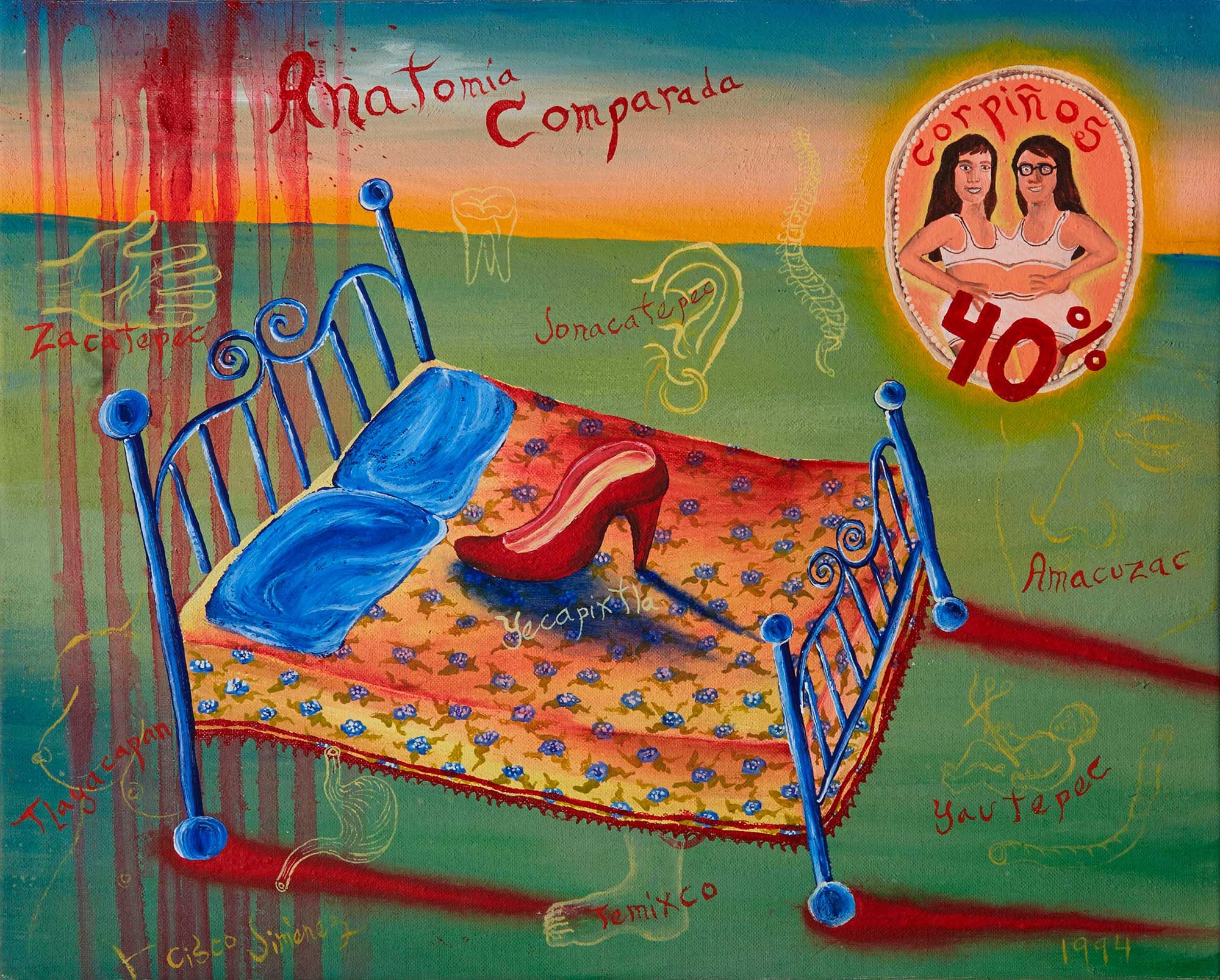 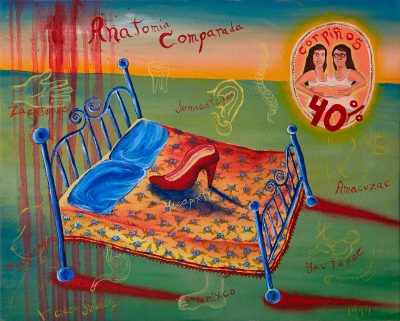 Cisco Jiménez started his artistic career in the 1990s as a political cartoonist for various print media outlets in Mexico.  In those first works one can note the characteristic humor of his work, combined with a critical viewpoint that creates its own icons and translates his interpretation of different crises into an imaginary with vibrant colors and multiple details.

Anatomía comparada [Comparative Anatomy] arose at a moment when postmodernist discourse was at its apogee, directing all of Jiménez’s production from those years toward breaking with the monopolistic tendency of the centers of economic and cultural power in order to make room for local and minority voices, for small, peripheral histories, and for the aspects that had been minimized and made invisible.

This work brings together several aesthetic, political and social tensions.  On the one hand, the artist was attempting to break way from the habitual themes that dominated painting at that point in time and to promote a multi-metaphorical and multi-referential dispersion.  This is why he based his work on the illustrative aesthetics of medical textbooks and technical manuals, mixed with allusions to popular and commercial culture.  He also drew on art world references, such as the work of Guillermo Kuitca and Frida Kahlo.  More specifically, he appropriated the bed as a psychological symbol, as well as colonial votive offerings that combine text and image to create a hybrid meaning.

The names of towns in Morelos in this piece correspond to locales with very specific problems of crisis, corruption and insecurity.  In these years, community lynching and the arson of municipal palaces were quite common as measures of collective protest.

The series of works from 1994 is infused with the complicated atmosphere that resulted from events that were shaking the country, like the economic crisis, the uprising of the Ejército Zapatista de Liberación Nacional in Chiapas and the assassination of the presidential candidate for the Partido Revolucionario Institucional, Luis Donaldo Colosio.