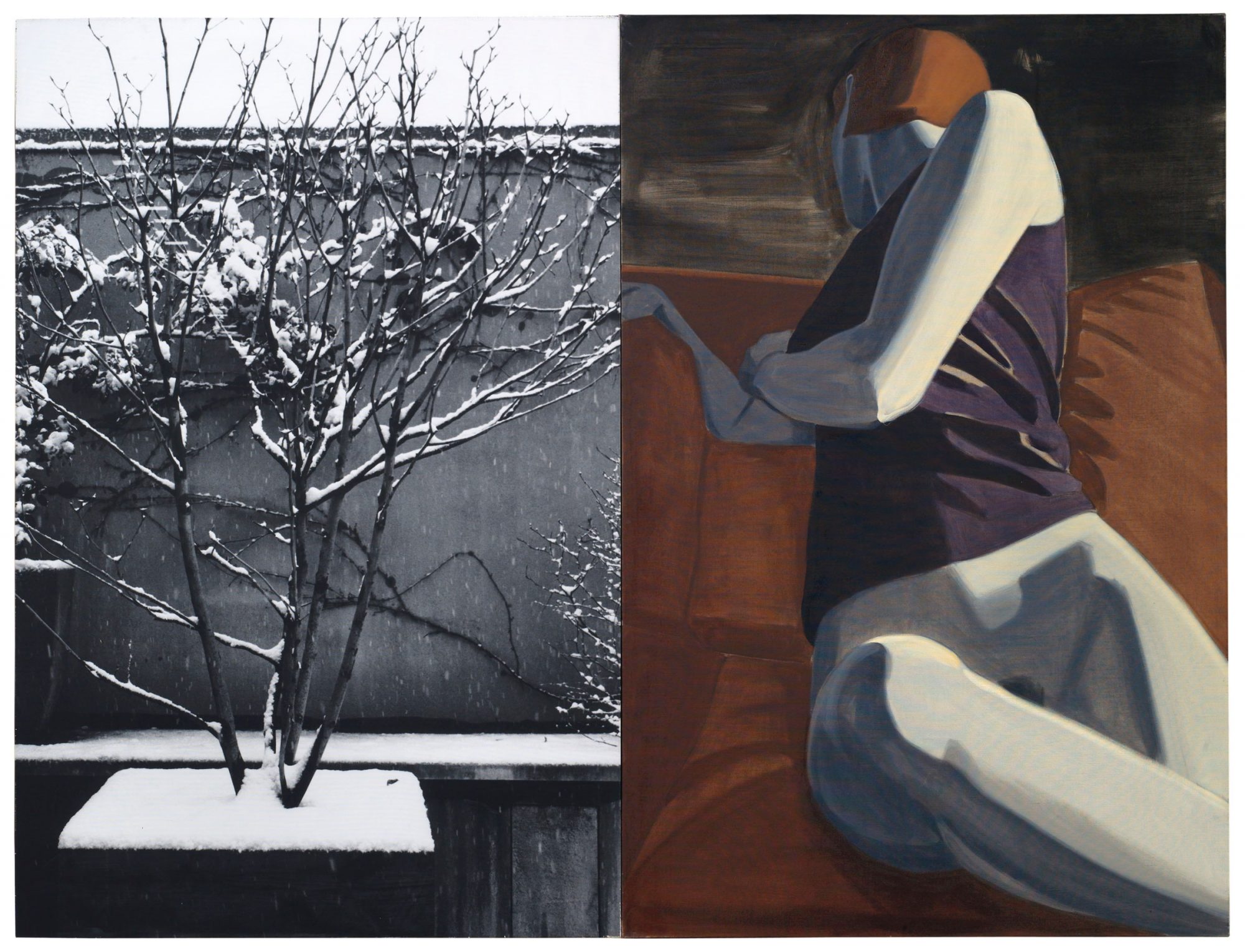 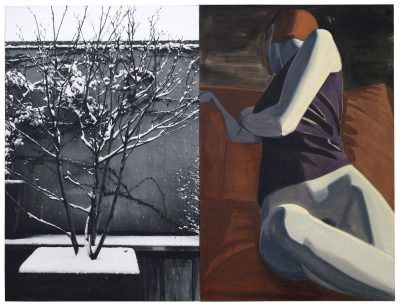 By combining different individual canvases in a single piece, David Salle treats paintings as collages.  His mostly figurative works are composed of multiple scenes that are not necessarily associated with each other in a narrative way.  They are similar to unrestricted flows of consciousness or to products of a photographic memory that alludes to the current startling offer of images that compete each day to grab our attention.  Female figures are present throughout his entire œuvre, often in sexually suggestive poses characteristic of softcore pornography.

With regard to possible interpretations of his works, Salle says, “The meaning they might create is totally related to specific weights and temperatures, not only of the juxtapositions of the images themselves, but of the images that are painted or represented, how they’re represented and in what terms and in what proximity to other images.  They’re a set of modifiers.”  This last statement refers to an image modifying the way in which we see the others that accompany it.

Winter Terrace contains two images, placed side by side.  The first is a leafless tree in winter, covered in snow, and the second represents a woman who is naked from the waist down, twisting away from the spectator.  It is possible to draw associations between them: they could mean a time to hibernate and make love, or be an analogy for a romance that has gone cold.