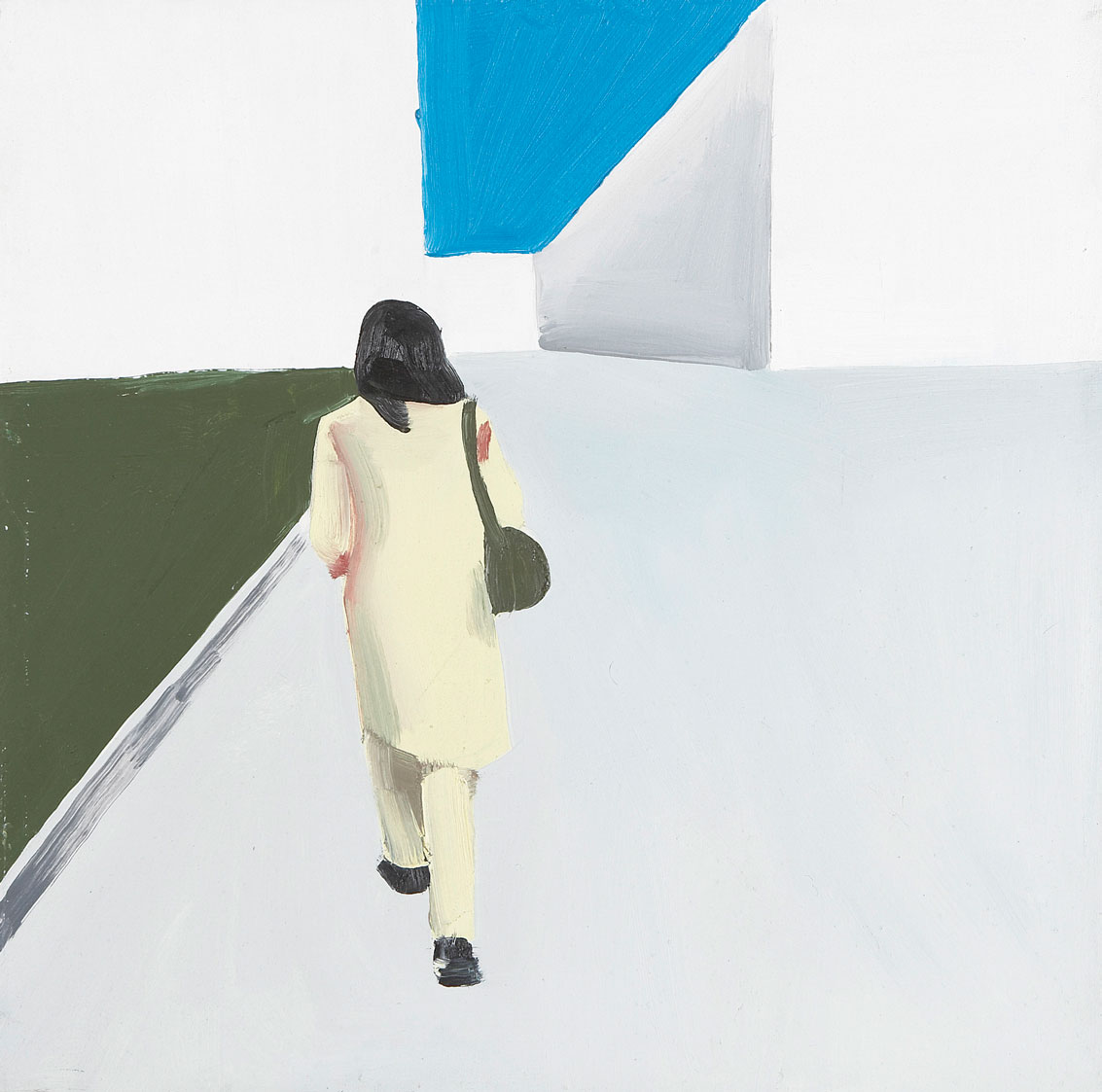 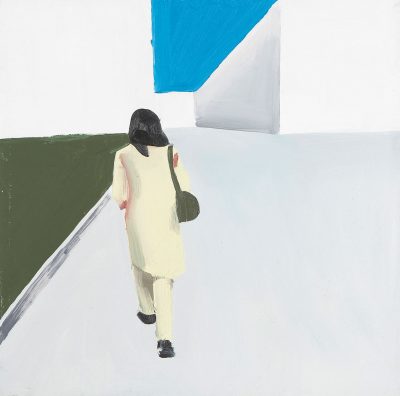 Wilhelm Sasnal, a Polish artist who discovered his talent for drawing by copying the covers of his favorite albums, is interested in painting because it is a traditional medium with which it is still possible to revolutionize.  Despite the graphic representations that inundate our surroundings, people continue to paint, and for Sasnal this is almost perverse, so much so that this is why he is inclined to play with the meanings of painting, specifically in relation to images from real life.

Since his earliest stage, Sasnal has used photographs taken from the mass media, from search engines like Google, and from his personal life as the raw material for his works.  Many art critics were quick to classify him as a “pop artist,” since he connected painting with reality and made it almost banal.  Untitled comes from this period.  In it, a female figure seen from behind walks in what seems to be an outdoor setting.  Sasnal has stripped the image of any detail and, with the exception of the woman, has turned the space into a set of impeccably composed color fields and diagonal lines.