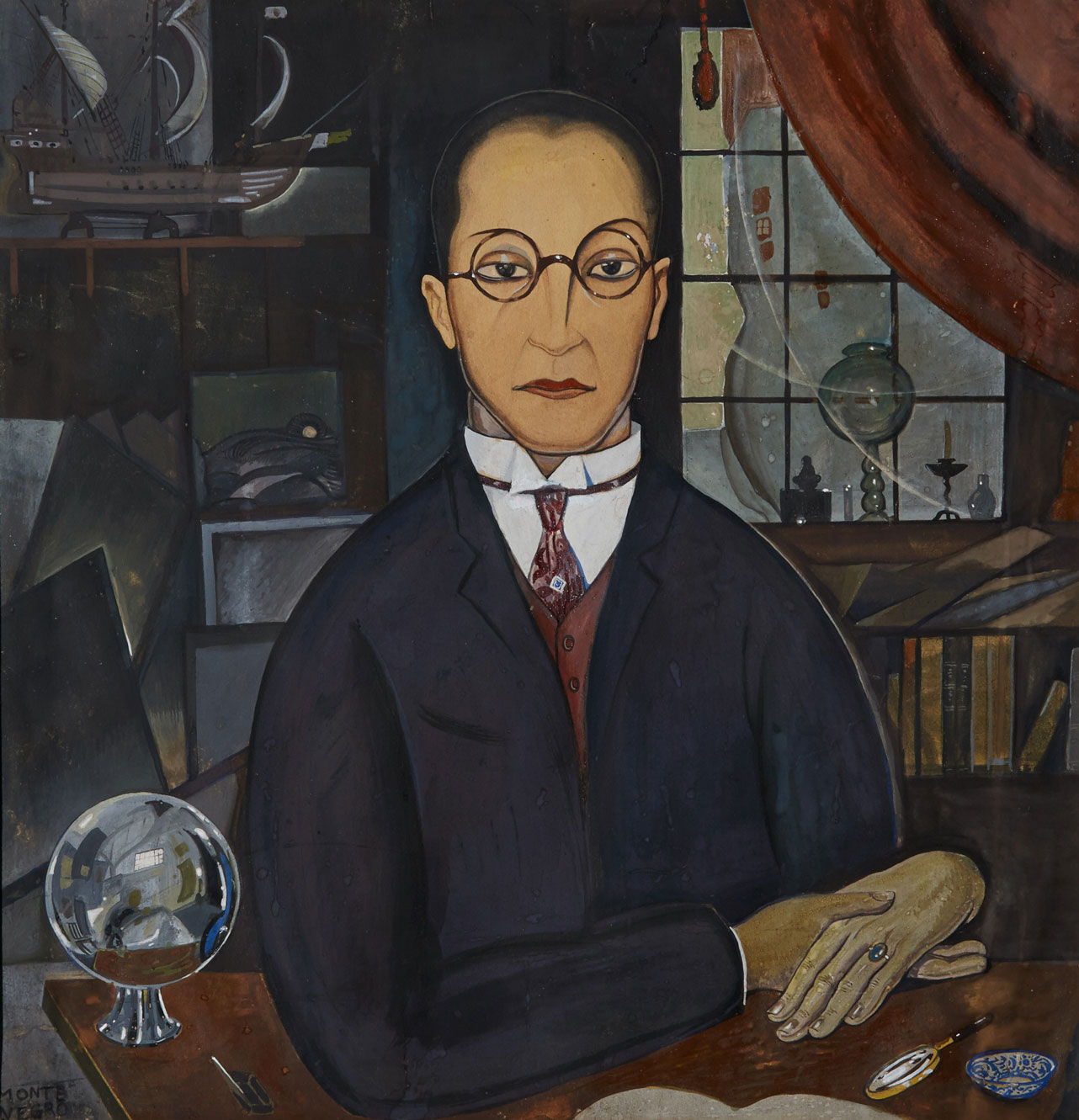 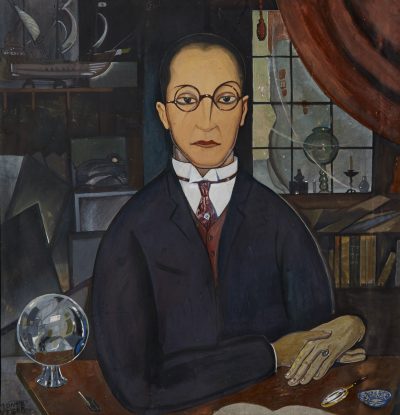 Roberto Montenegro began his studies with Félix Bernardelli, a Brazilian painter who had a prestigious workshop during the time, which Gerardo Murillo (Dr. Atl) and Jorge Enciso also attended.  He later enrolled at the Academia de San Carlos, where he was a disciple of Antonio Fabrés, Julio Ruelas, Leandro Izaguirre and Germán Gedovius, and a fellow student of Diego Rivera and Saturnino Herrán.  In 1907 he traveled to Paris, where he interacted with the European artistic milieu and figures like Pablo Picasso, Juan Gris and Jean Cocteau.

Noteworthy in his easel painting are a large number of portraits of the most renowned intellectuals and figures from the upper classes.  Although the artist assumed a very different style for each painting, one befitting of the character and personality of his sitter, they all share the same composition: a central figure surrounded by objects or landscapes related to his or her everyday life and a pictorial treatment that confined itself to dark tones.

In 1910, Montenegro began to provide illustrations to several newspapers and magazines.  In addition, he was introduced by his cousin, the poet Amado Nervo, and his friend, then-Secretary of Education, José Vasconcelos, to a large circle of writers, through whom he met Genaro Estrada.

The latter was a diplomat, journalist and writer from Sinaloa, quite renowned for his outstanding work as Secretary of Foreign Relations (1924), elaborating the Estrada Doctrine in opposition to interventionism.  Not only did both Montenegro and Estrada work on José Vasconcelos’s team, but they also shared his fondness for decorative Orientalism and maintained a close friendship.

This work features a sphere in which the painter himself is reflected, a feature he first included in his portrait of the painter Jesús Reyes Ferreira in 1926 and which he frequently reproduced in later works.  This object represents an optical illusion of reality, perhaps a pretext for showing his own world.