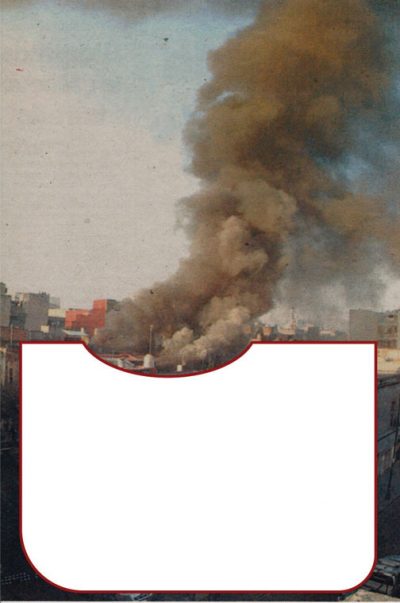 Moris’s landscapes are configured in the manner of collages and décollages of images, objects and residues that partially materialize the myriad figures generated by national and international organizations that aim to measure the levels of poverty affecting Mexico.  According to the Comisión Económica para América Latina y el Caribe (CEPAL), in 2013 approximately 36.3% of the Mexican population lived below the poverty line, while 13.3% were homeless.  Just one year later, poverty grew to 41.6% while homelessness rose to 16.3%.  A direct consequence of this situation is the rise of different kinds of violence that condition social functioning.  In recent years, confrontations between organized crime, the heightened incidence of high impact crimes, and the formation of paramilitary groups have placed Mexico on the list of the top five most unsafe countries in the region.

The sociopolitical conditions that favor the marginality and high indices of criminality that affect the country find one of their most eloquent forms of expression in the national tabloid press.  For the series Paisaje censurado [Censored Landscape] (2009-2012), Moris eliminates key sections of images from the crime section of newspapers like La Prensa, superficially canceling out the abused consciousness of the Mexican people.