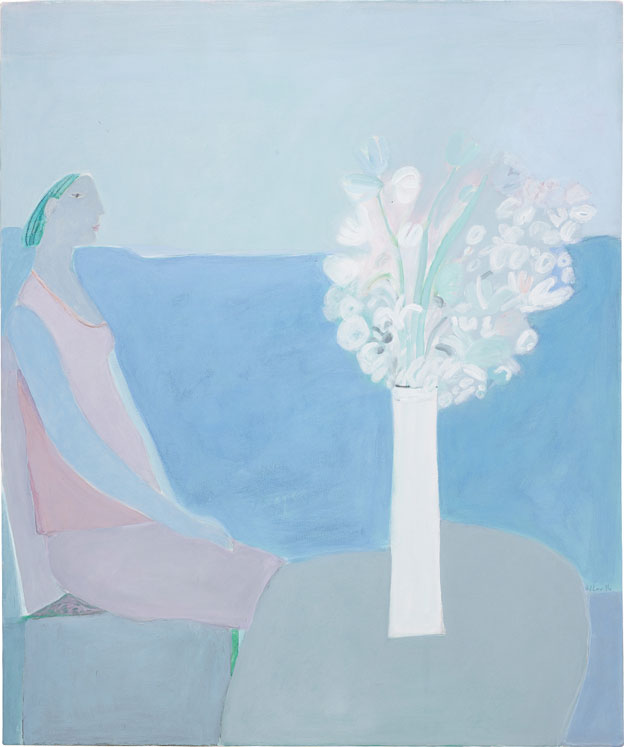 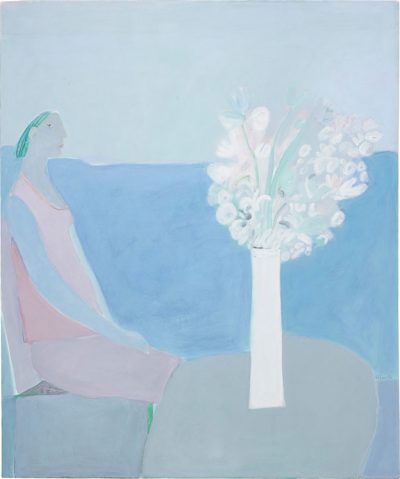 Although Joy Laville was born in England, she is considered a Mexican painter since she has spent most of her life there and because that is where she began to work as an artist.

Historically, her work is located between the muralist movement and the Generation of La Ruptura, neither belonging to nor opposing either of them.  On the contrary, Laville’s work cannot be fitted within any specific current: it stands on its own and could even be seen as neutral, since it does not attempt to deal with any one problem nor to offer an opinion about one theme in particular; it is simply there to be enjoyed by those who contemplate it.

Although it gives the impression of having a naïve character, her handling of the language of painting obeys a completely personal structure, without denying influences like the impressionist palette with its absence of chiaroscuros, the puerile figures of Matisse and the flat, monochromatic landscapes of Milton Avery.

In completely timeless scenes, Laville’s solitary figures are frequently positioned in front of a horizon that represents a border, a limit, even the void, themes that the painter began to explore after she mourned the death of her husband, the writer Jorge Ibargüengoitia.  Thus, these panoramas function as symbols of the end, of death, as if the line of the horizon were what united or divided the heavens from the earth.

In Mujer sentada con vestido naranja [Seated Woman with Orange Dress], we cannot say whether the woman is inside or outside; we only note that she is waiting for something next to a vase, which almost seems to be another character in the composition.