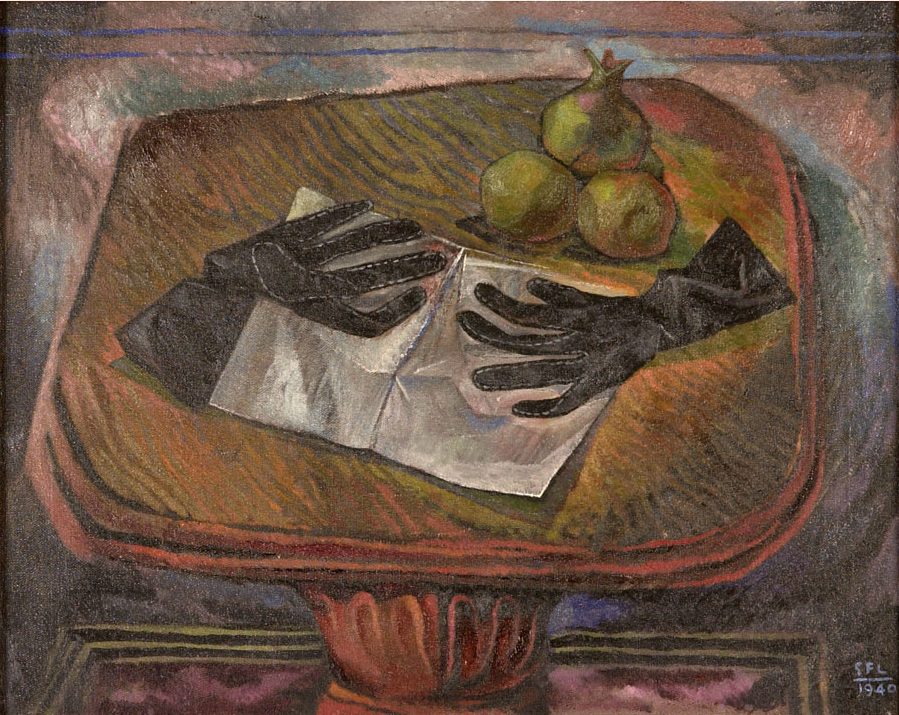 One of the most prolific producers of modern Mexican art, Gabriel Fernández Ledesma worked as a painter, engraver, writer and an astute cultural promoter.  Born into a family of intellectuals, at the young age of fifteen he founded the Círculo de Artistas Independientes.  A couple years later, accompanied by his friend Francisco Díaz de León, he started working in the railway workshops of Aguascalientes, hoping to get to know the workers there in order to make portraits of them.  He studied at the Escuela Nacional de Bellas Artes in Mexico City, but was soon expelled over his disagreements with the institution’s ideas about aesthetics and education.

Together with Roberto Montenegro, Fernández Ledesma designed the mural paintings that decorated the walls of the Mexican Pavilion for the Centennial Exhibition of 1922 in Rio de Janeiro.  He is also renowned for having directed Forma, a magazine about the plastic arts scene at the end of the 1920s.  Together with Fernando Leal and Ramón Alva de la Canal, he created the ¡30-30! Movement, a group of artists who were notable for their rejection of the academic world, trying to change the formats of art education in order to prioritize a perspective with a social purpose over and above any other interest.  This profile is identifiable throughout his work.

Los guantes negros [The Black Gloves] is a still life that corresponds to an everyday scene.  Fernández Ledesma’s work was regularly dedicated to this kind of representation, with a clear interest in generating visibility for the customs, jobs and physical profiles of the majority of Mexicans.  Aspects of this piece are characteristic of his production: one can see a synthesis of European avant-gardes together with an intimate and melancholy resolution with symbolic connotations.

Fernández Ledesma received Guggenheim Fellowships in 1942 and 1969.  He was also a member of the Salón de la Plástica Mexicana.