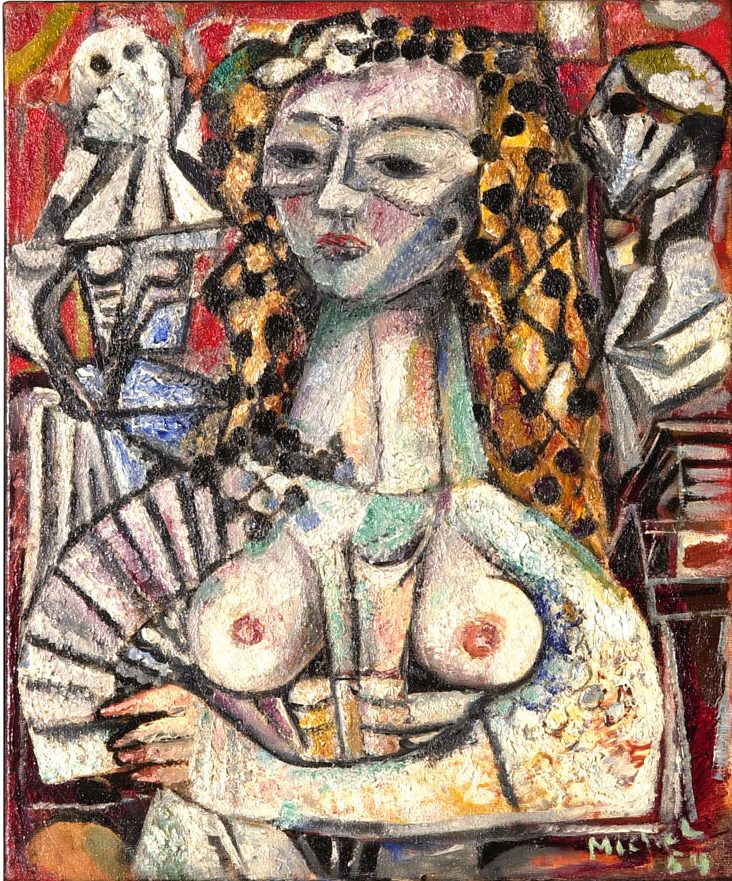 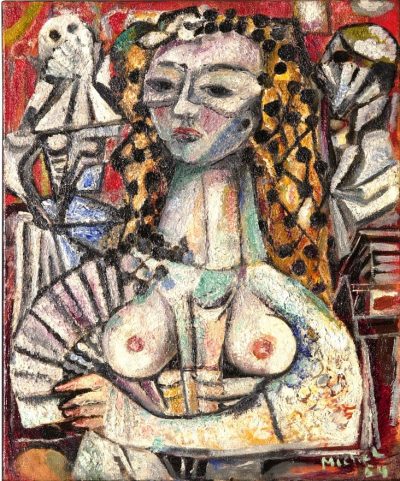 Alfonso Michel was born into an affluent family dedicated to the sale of fruit and coconut palm.  His childhood was made somewhat difficult by the separation of his parents, a circumstance that stimulated him to start painting at a young age.  In 1922 he moved to San Francisco, where he studied painting.  Upon his return to Mexico he developed relationships with several painters, including Juan Soriano and Jesús Guerrero Galván.  He later had the opportunity to travel to several countries, and it was only after a long stay in Europe that he began his formal career in art, painting the mural for the Salón de Artes Plásticas at the Universidad de Guadalajara.

Michel’s first exhibition came when he was 45 years old.  During the short time he was active, he succeeded in consolidating a language with which his work would come to be identified.  His paintings have a quality of blurring the lines between the real world and fantasy.  The themes he developed were mainly children, fairs, nature and different scenes of play.

Los abanicos [The Fans] shows a dappled composition, characteristic of his work, in which the portrait of a woman occupies the central part.  Also noteworthy is the skull in the upper left section, an element present in most of his pieces from this era.  As in other of Michel’s works, one can discern a clear influence from the cubist language of Georges Braque, who, together with painters like Paul Cézanne, Pablo Picasso and Giorgio de Chirico, was very important in the development of Michel’s œuvre.