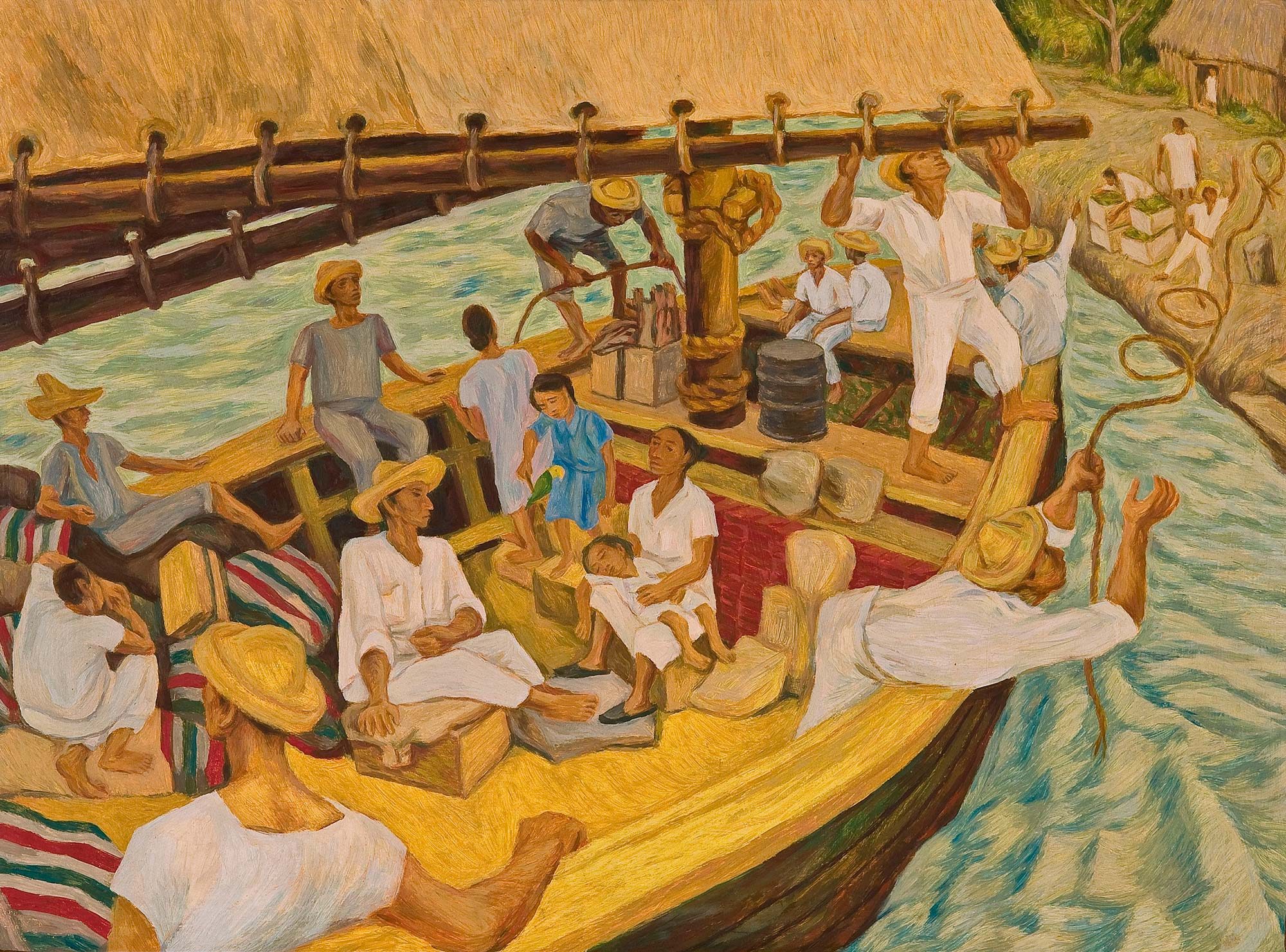 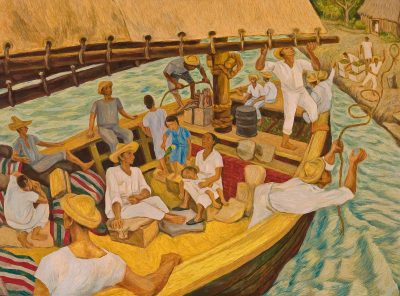 Born in Pátzcuaro, Michoacán, Alfredo Zalce moved to Mexico City at the age of eighteen in order to study at the Instituto Nacional de Bellas Artes.  During his training he had instructors like Germán Gedovius and Diego Rivera.  Zalce established a very close relationship with Rivera and through him met José Clemente Orozco, David Alfaro Siqueiros, Frida Kahlo and Rufino Tamayo.

In the early 1930s he was tasked with creating the Escuela de Pintura de Taxco, and at the end of that decade he joined the Taller de Gráfica Popular founded by Leopoldo Méndez, Pablo O’Higgins and Luis Arenal.  One of the aspects that stand out in his career is his interest in training new voices.  He founded different art schools and organizations that continued functioning and remained relevant until quite recently.

A truly versatile artist, he worked in different pictorial techniques, like oil, acrylic, batik, ink and watercolor, in addition to producing engravings, silkscreens, graphic art, lithographs and ceramics.  As a muralist he made various works, primarily in Mexico City and Michoacán.

Llegando al muelle [Arriving at the Pier] corresponds to the theme and plastic solution that characterized his work: a rural landscape in which the everyday atmosphere of a small settlement unfolds.  The piece shows a group of women, children and men on a boat that is about to reach a pier where other inhabitants of the town await them.  This kind of placid setting was regularly inspired by scenes that the artist witnessed in his place of birth.  In this piece, Zalce’s linear sensibility stands out, with which he gave form and identity to each figure, as does his harmonic handling of color.

Something that stands out in this painting is an almost photographic sensibility in developing the scene.  This is surely a consequence of Zalce having been familiar with photography from a young age, since his parents were professional photographers.