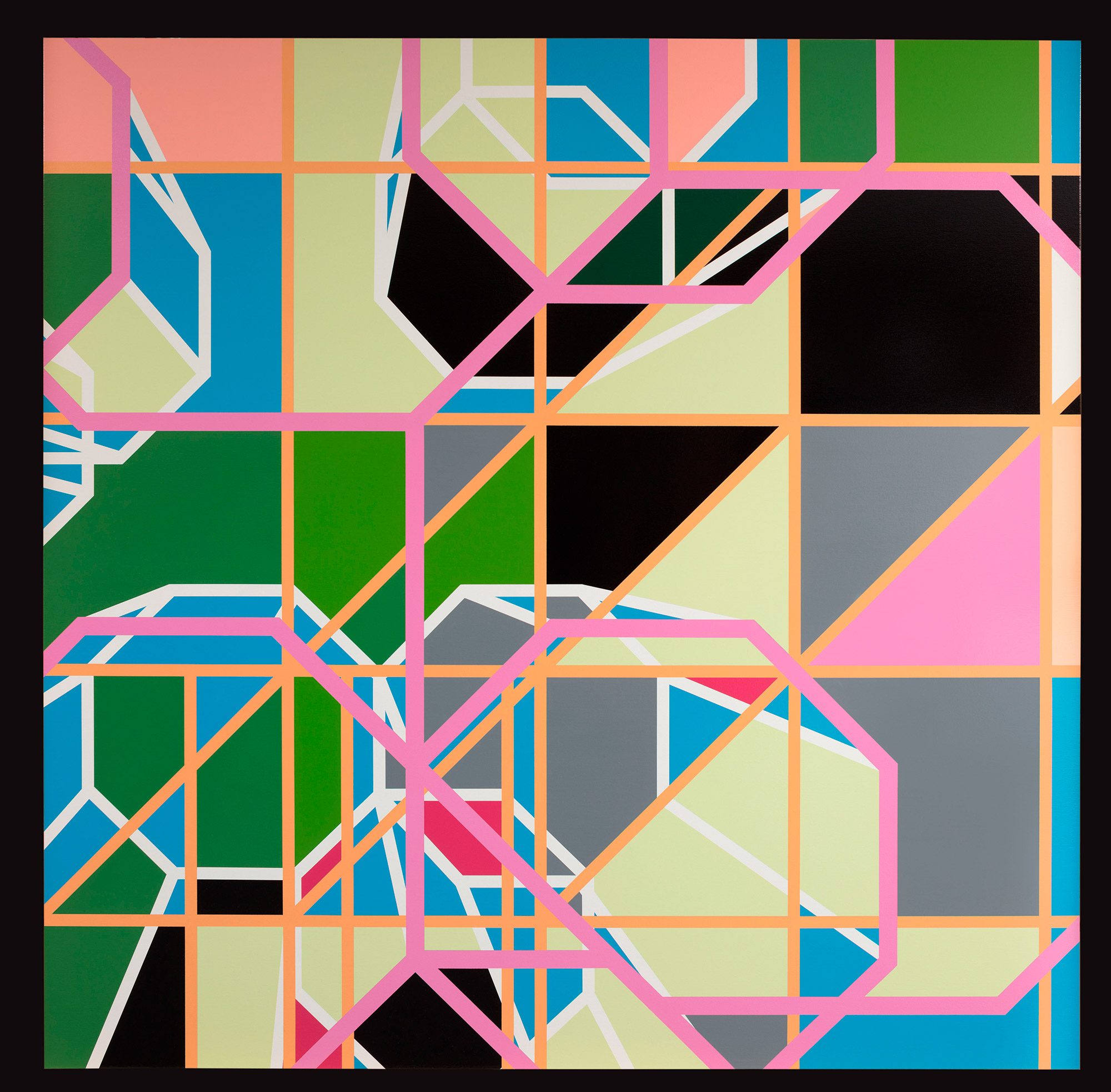 Through a series of abstract, large-format paintings on which she began working in the mid-1990s, Sarah Morris seems to have found a visual language for synthesizing what the art critic Nicolas Bourriaud defines as the perception of contemporary existence.

Inspired by big cities like Los Angeles, Las Vegas, Beijing and Rio de Janeiro, Morris creates works characterized by geometric abstraction and by the brilliant finish of the painting. Given their size and complexity, she invests a lot of time in finishing them. In addition to reflecting the color palette that the artist identifies for each city and its particular dynamic, the composition of each piece speaks of power structures and what the artist describes as urban, social and bureaucratic typologies, which she synthesizes into a kind of grid.

The titles of these paintings refer to specific places or buildings in each city, and sometimes to official institutions. Confronting them, the spectator feels overwhelmed and disoriented, even though she or he is somehow able to sense that each piece is a way of zooming in on a detail from everyday life in those urban centers.

In addition to paintings, Morris has made films in each of these cities, which function side-by-side with and in a complementary relation to them. Unlike her two-dimensional works, the films are not abstract, but they do not attempt to be documentaries, either. Perhaps the characteristic that best describes them is that they, too, are approaches that allow us to observe certain details that would otherwise go unnoticed.

Both in the film and in the series of paintings that she made about Los Angeles —from which the piece in this selection is drawn— Morris explored the “fantasy” industry that seems to dominate this city, living as it does in the shadow of Hollywood.