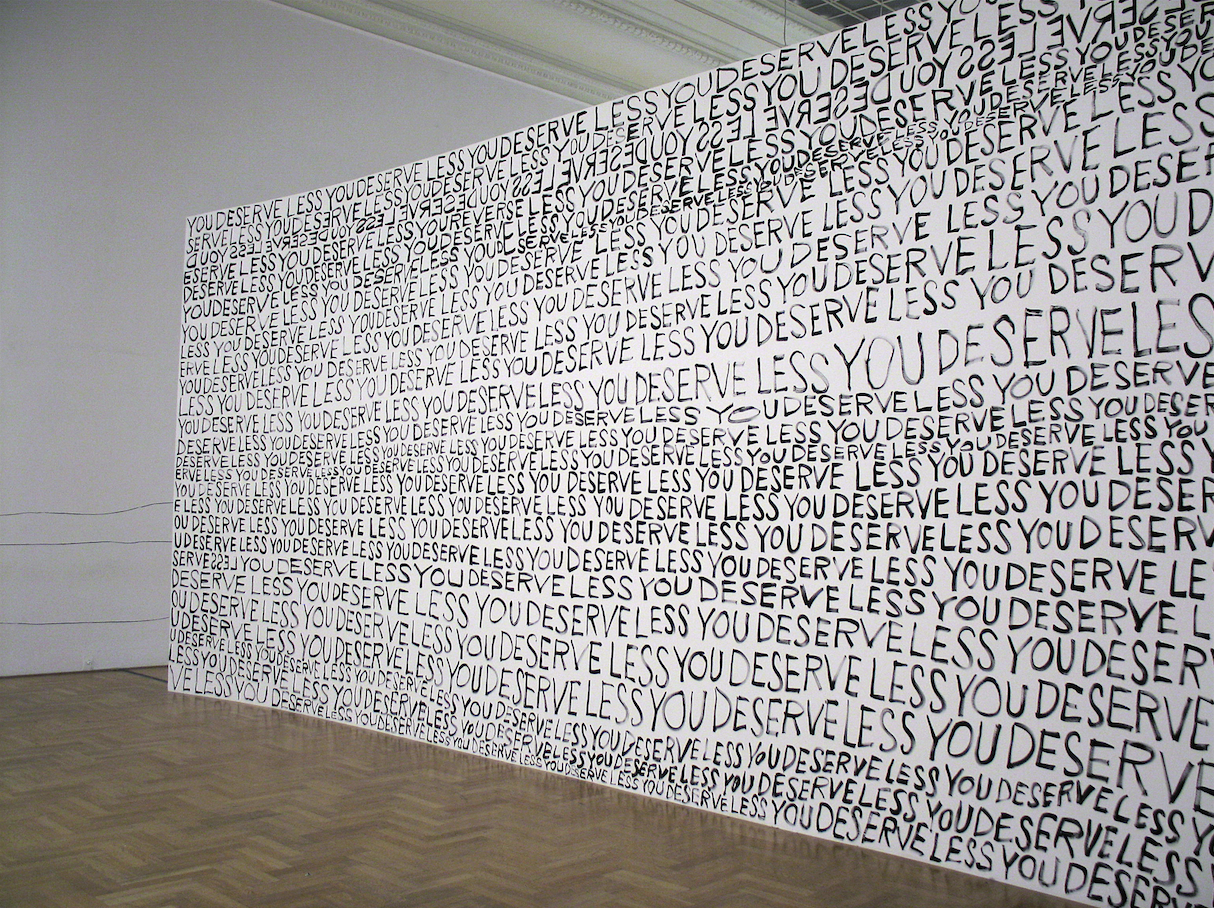 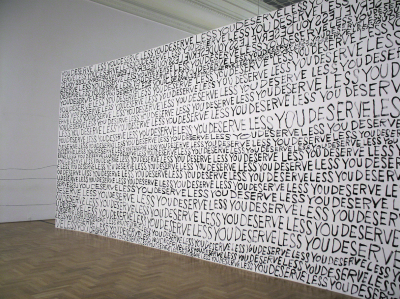 Inspired by the Bible stories he heard over and over as a child, Trenton Doyle Hancock tasked himself with inventing his own mythology and narrating it through the drawings, paintings and engravings he has made over more than a decade.  You Deserve Less is an installation that belongs to this complex universe, in which the autobiographical dimension is mixed with fiction, the aesthetics of comics and the canonical history of art.

The title of this work is a phrase that is repeated constantly throughout the history created by Hancock.  It comes from the “Vegan Code of Economics,” that is the rules that a group of evil creatures —called “vegans”— must follow in order to annihilate the “mounds,” human-plant hybrids that are their staunch enemies.  The existence of these creatures who fight each other is determined, as in all mythologies, by the higher beings who protect them and put them to the test.  In the case of Hancock’s story, these beings determine not only the plot, but also the visual qualities of his production.

In this sense, You Deserve Less is marked by the influence of Loid, one of the two higher beings that Hancock invented and who is the master of white, black and words (as opposed to Painter, who is the owner of color).  Painted directly on the wall, the installation reflects one of the artist’s main interests: words.  In addition to the lyrical nature and the narrative possibilities of language, Hancock is interested in the visual form it can take, which is why he investigates words as graphic elements and carries them off of canvas and paper.

Evoking the death of the mounds, the installation unravels a very real image of human beings and their environment, trapped in the fight between good and evil, and of all the shades of gray that exist in between.