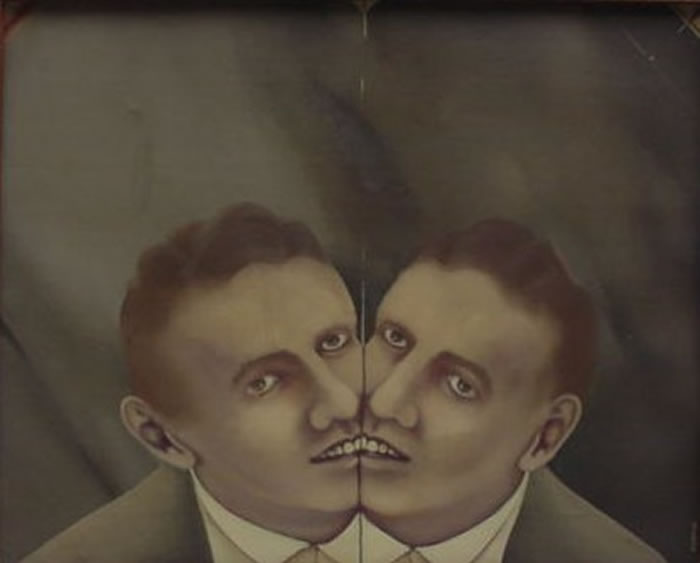 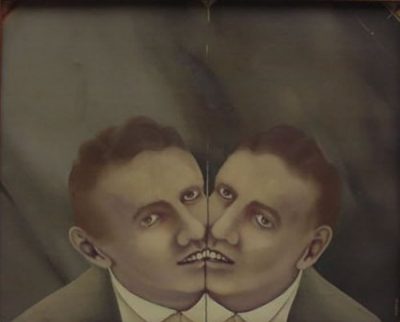 Enrique Guzmán won recognition as a painter at the young age of nineteen years old.  His work attracted the attention of critics for being completely set apart from that of his contemporaries, creating an aesthetics and a thematics all its own.  Their technique involved in their production reveals an artist with a rigorous, traditional training.  He began his studies at the Centro de Artes Visuales of the Casa de la Cultura in Aguascalientes, where he was a student of Alfredo Zalce and Alfredo Zermeño.  He later moved to Mexico City and enrolled in the Escuela Nacional de Pintura, Escultura y Grabado La Esmeralda.

Perfecting his technique became one of Guzmán’s primary obsessions.  His work is executed methodically, with a constant study of textures, composition and the application of color.  He was interested in exploring memory and generating conscious associations out of which he established a series of symbols.  This is why some people perceive a proximity between his work and surrealism, when it is really a matter of a certain ambiguity that results from mixing temporal and spatial categories.

His work cannot be fully understood without considering his private life. Enrique Guzmán was a solitary person who was unable to distance himself from his affections.  Deeply passionate, his entire production is basically a projection of what tormented him.  His work is a translation of his thought through appearances and signs; ironic juxtapositions and visual metaphors give an account of a deep feeling of melancholy and dissatisfaction.  In his early period, Guzmán made paintings that featured apparently dissimilar objects.  The thread that connected these sets of objects was black humor, which had an impact both on connoisseurs and the general public, mainly because of his incorporation of the language of kitsch as a means of expression.  His paintings had a strange composition that ranged from the nostalgic to the pessimistic, with a certain naïve appearance.

One identifies in his work a profound intuition about the handling of symbolic resources in order to express the instability of the relationships between a real image an its meaning, while at the same time one appreciates the influence of the poetics of René Magritte.  One feature that appears constantly from his earliest works to his final pieces is irony.  Guzmán intervened in formal themes in painting, like the still life, the landscape, the portrait, the emblem and the self-portrait, falsifying the original meaning of their motifs until reducing their realism to a deceit and their representativity to signs that correspond to frauds of the past.

Guzmán’s sarcastic tone is no doubt symptomatic of some of his major traumas.  In La felicidad [Happiness], the composition of reality looks fragmented and as though it has been intervened in, with regard to order and scale, a common resource in his practice.  The work constitutes a satire in which the artist mocks the stereotypes of happiness, the ideal and perfection.  It comes from the series El destino secreto [The Secret Destination], which has a great plastic force thanks to the absolute precision with which the painter dramatizes personal enigmas in different existential situations, a sort of assertion about the human condition.

Hombre flotando [Floating Man] is linked to a recurring dream in which Guzmán places a male figure with a suit and tie in a constant fall, an image that alludes to a failure of the old modernity and the absent paternal figure.  On the other hand, works like Estigma are a sort of sublimation of psychological pain.

Enrique Guzmán committed suicide in 1986.  In the years leading up to his death, he destroyed many of his own pieces.  His œuvre is testimony to a sharp, critical vision of reality in which fraudulence and dissimulation had no place.