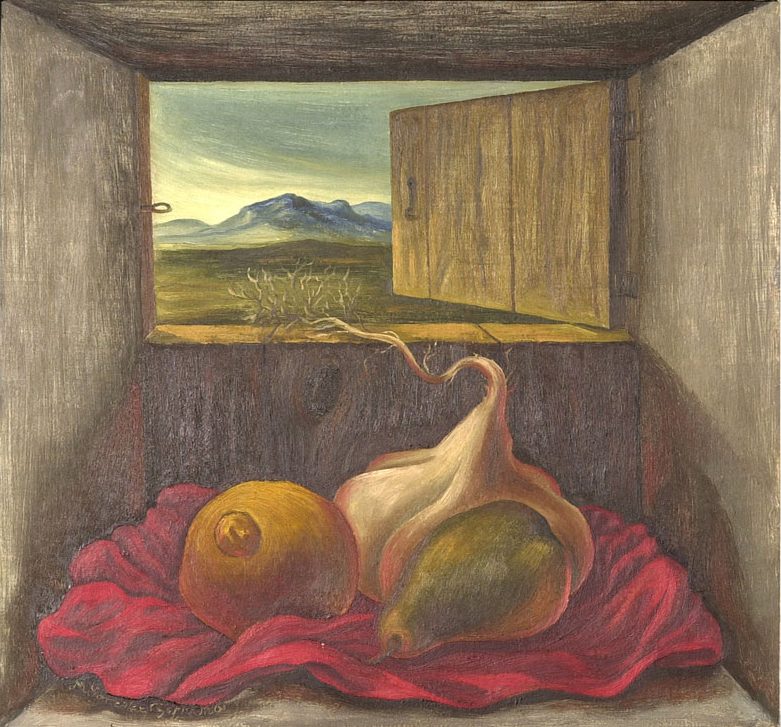 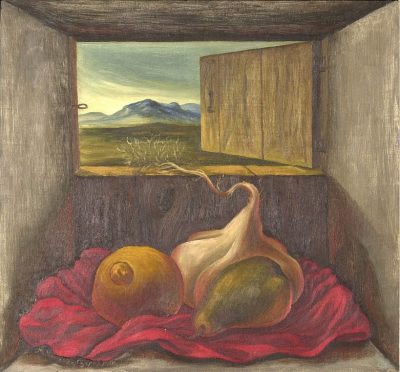 Manuel González Serrano began his career as a self-taught painter.  He later moved to Mexico City, where he was an occasional student at the Escuela Nacional de Pintura, Escultura y Grabado La Esmeralda and the Academia de San Carlos, without being formally enrolled.

Documentary sources about his life and work are scarce, and they have to do with his premature death and the way his painting constituted a solitary activity.  His production reveals knowledge of European art and a strong influence from Giorgio de Chirico.

González Serrano suffered from mental disorders, which led him to stay in his bedroom for long periods of time.  He thus focused on representing his own world, painting scenes from his hometown and his imagination.

In his still lives, such as Frutas en la ventana [Fruit in the Window], fruit appears clustered in a sort of cupboard or house, stripped of any ornamentation that would suggest domestic comfort and always in dull colors evoking a somber, melancholic ambiance.