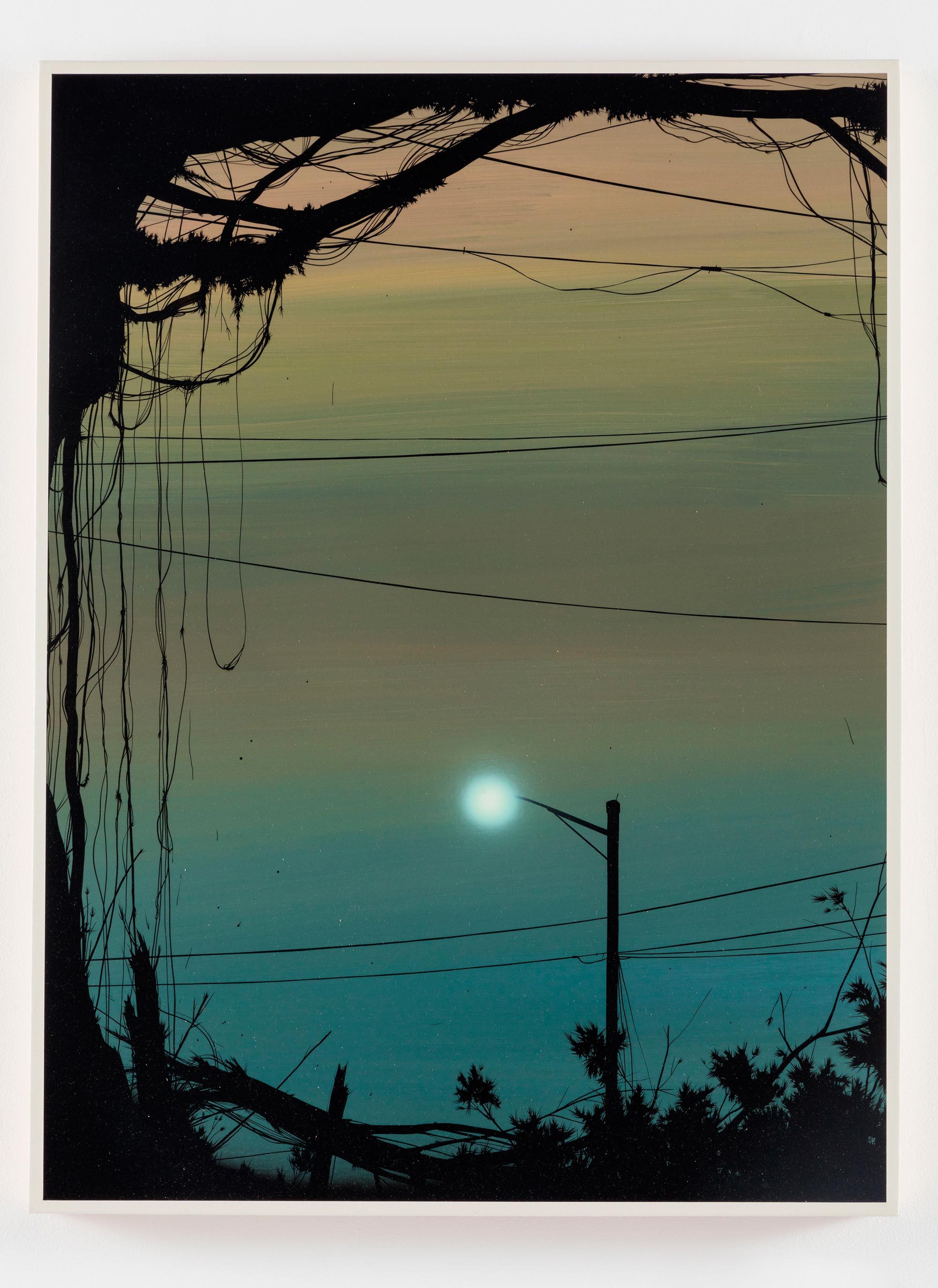 An artist and designer, Brady Dollarhide studied at the Ringling School of Art and Design in Florida.  His pictorial work is characterized by a duality between the beautiful and the shocking, sometimes verging on the threatening.  He focuses on landscapes, in some cases approaching details of the elements that make them up without disclosing the entire scene.  Art critics like Roberta Smith describe his work as a sort of deconstruction of different artistic influences, including figures like Roger Brown, Ed Ruscha, Neil Jenney and especially Kara Walker.  Smith likewise establishes comparisons with the German Caspar David Friedrich, in particular with the enigmatic aspect of his landscapes.

His pieces unfold in the conflict between the natural and the artificial, and in the sometimes completely unnoticed collision of these two worlds.  Forever, Forever is characteristic of his œuvre.  Dark silhouettes of trees with hanging branches lead to the background, where a streetlamp contrasts against a sky that bounces between blue, green and yellow.  There is an almost photographic approach to the pictorial composition of this micro-landscape, with its temporal perspective on a moment in a given scene.

Brady Dollarhide’s work may not have been shown frequently, but it has always been characterized by generating a close link to the audience by presenting landscapes as psychological states.