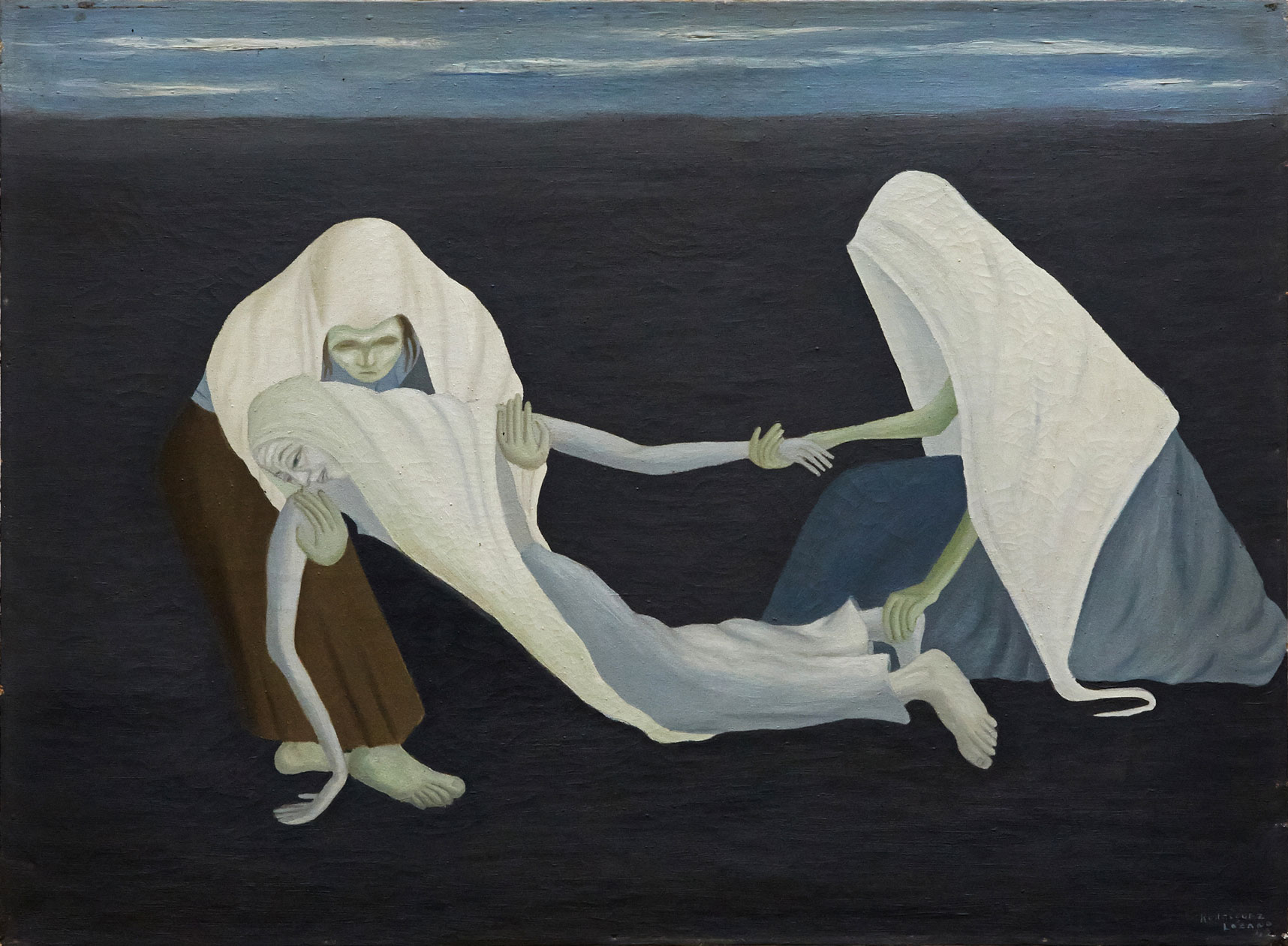 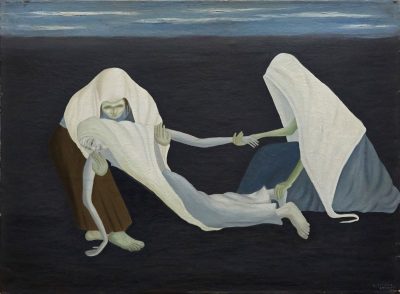 Manuel Rodríguez Lozano was a member of the group known as Los Contemporáneos, which was made up of intellectuals and artists who were interested in spreading a universal vision of culture in Mexico, distancing themselves from the nationalist themes that predominated in the country during the 1920s.  With this perspective, he decided to appropriate the category of Mexicanness in a different way, giving a local character to the avant-gardes with which he had become familiar on his trips to Europe.

Esperanza belongs to his “white period,” a term coined by the critic Berta Taracena to refer to the period of production during and after the artist’s imprisonment for having been accused of stealing engravings by Albrecht Dürer and Guido Reni from the Escuela Nacional de Bellas Artes during his tenure as the director of that institution.  During this time, Rodríguez Lozano’s paintings were characterized by the use of an icy palette of blues, whites and grays, with which he represented tragic scenes in barren, melancholy landscapes inhabited by skeletal bodies with postures evoking anguish and desolation.

In this way, convinced that there were other paths for making a Mexican art without falling into the nationalist ideology of the muralists, Rodríguez Lozano reproduced an internationally comprehensible discourse: the suffering of the victims of society who for whatever reason cannot find justice.  In this way, the artist’s work presents the human figure as a universal prototype, since anyone can empathize with the grief in which his characters find themselves.