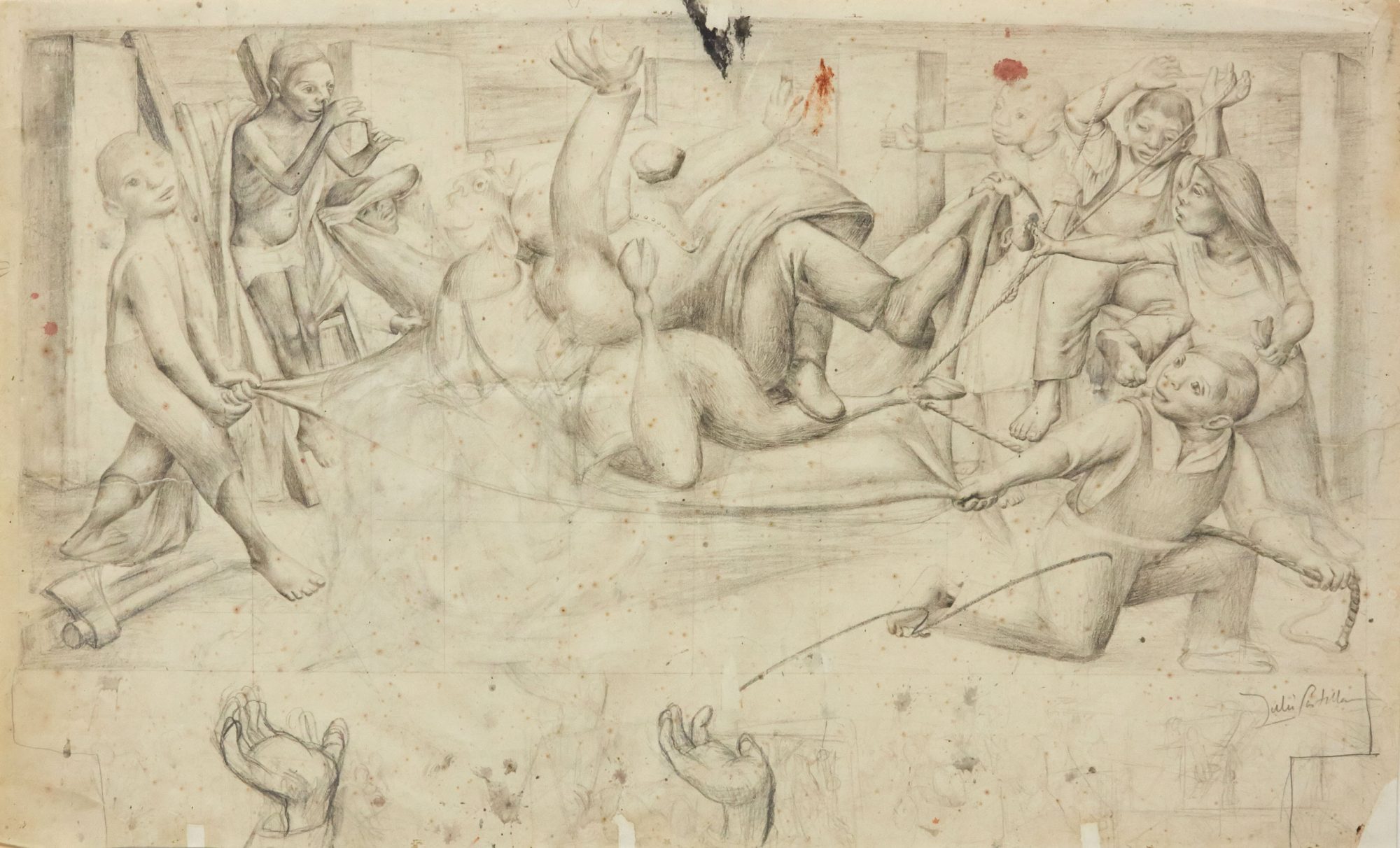 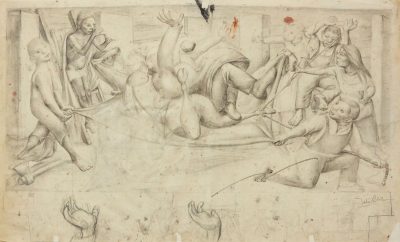 Julio Castellanos’s path crossed those of painters and movements that marked the course of the visual arts in Mexico.  In 1918 he began his studies at the Academia de San Carlos and would later continue under the tutelage of teachers like Saturnino Herrán and Leandro Izaguirre.  He was also linked to the groups known as Los Contemporáneos and Los Estridentistas, and he participated in the Escuelas de Pintura al Aire Libre.  Nevertheless, the biggest influence on his vocabulary likely came from Manuel Rodríguez Lozano, with whom he was also romantically linked.  Castellanos painted oils and al fresco murals, made lithographs and drawings, and dabbled in set design for the theater.

El diablo manteado [The Devil Tossed in a Blanket] is a fresco that Castellanos completed at the Escuela Melchor Ocampo, one of the thirty-three public schools designed by Juan O’Gorman and built using processes that aimed for standardization, speed and low cost.  This school was built in 1933 and the mural was done just one year later.  In the preparatory drawing it is already possible to see the distinctive features of the final work, in which children have thrown a priest into the air, where the latter is unfurling into a demon.  The piece has a disconcerting character, for, although we are looking at a game, a “mockery of that which represents evil,” the children are stoic and immutable.