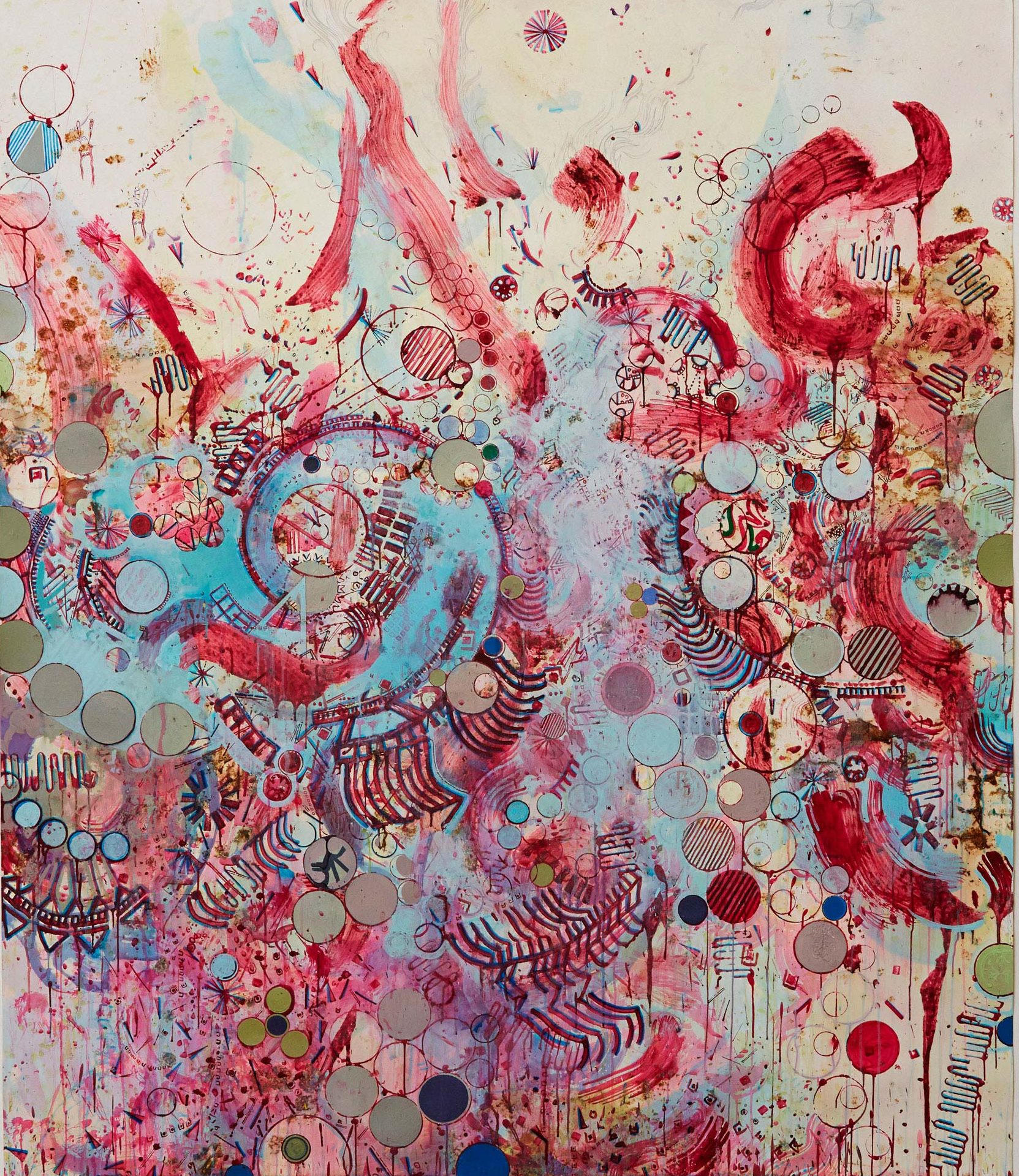 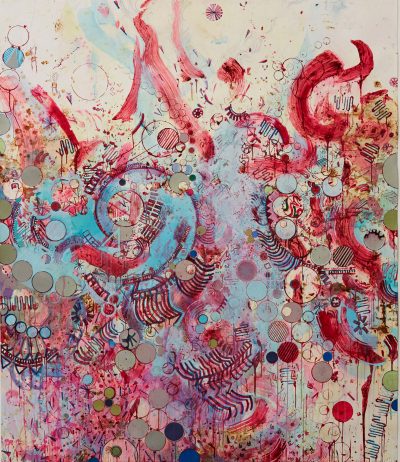 Vietnamese-born artist Tam Van Tran migrated to the U.S. in the 1970s, when the Vietnam war was ending.  Marked by the experience of having abandoned his country and growing up between two cultures, he developed a style that fuses influences from East and West in a series of collages and sculptures characterized by the mixture of elements, the superimposition of layers and a density of textures.

Ceramics, metal staples, paper, glass, acrylic paint, porcelain and aluminum are some of the elements he uses to shape his works.  In combination with these traditional and artificial materials, Tran incorporates organic substances like chlorophyll, spirulina, and beet juice, in an impulse to balance the composition of his works and to surprise the spectator.

As is the case in Crystal Cave, the result of his bold choice of techniques and materials is a visual construction that contrasts and at the same time incorporates the synthetic and the organic, the accidental and the deliberate.  Through simple elements like perfect circles and linear patterns counterpoised against stains of color and marked strokes, Tran’s work manages to evoke the fleeting nature of things.  On the other hand, the title of this piece is also representative of a constant feature in Tran’s work: namely, that the landscapes of Vietnam or Los Angeles often inspire him to develop his abstract compositions.

In spite of its complexity, it is possible to identify in Tam Van Tran’s works certain elements that the artist chooses because they refer to his personal history, from the materials that recall his childhood in Vietnam —like clay or palm leaves— to the Californian tradition of ceramics and the Western art movements —like arte povera and Nouveau Réalisme— with which his work is associated.