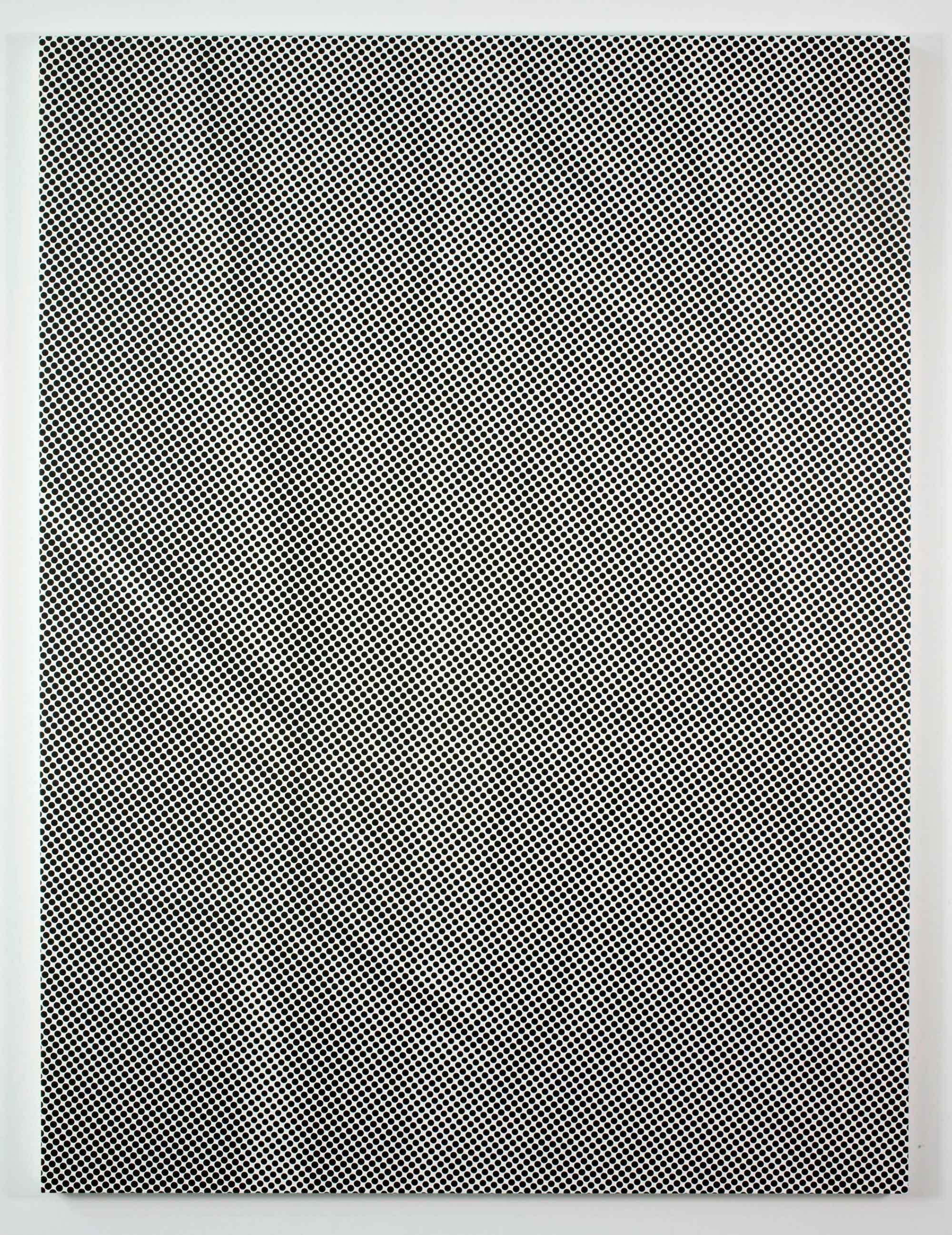 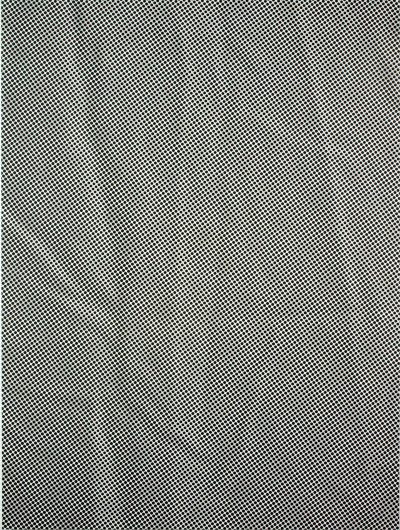 Tauba Auerbach is best known for paintings that play with the perception of space. Early on in her professional career she worked in graphic design, particularly in calligraphy and typography. After involving herself in language and its explicit representation, Auerbach began to get interested in the way in which the mind works, specifically in the way in which we perceive reality.

Her Creases are paintings that display folds. The process for the works in this series begins with pieces of paper that are pre-prepared: they are wrinkled, stretched, and then photographed. Then the artist submits the photograph to a half-tone process, reducing the image quality until it becomes a grid made up of points of different sizes. Auerbach prints this grid on a flat printer, places it on the canvas and fills in the points with one or two layers of acrylic painting. This process results in paintings that oscillate between two and three dimensions, between flat surfaces and volumetric objects.

What is our capacity to perceive beyond the three dimensions to which we are accustomed? What would happen if the third dimension were simply a plane on the fourth dimension? These are the questions that give rise to Auerbach’s more recent work. The idea is that if the work succeeds in blurring the distinction between the second and third dimension, then one could conclude that there is also the possibility of blurring the distinction between the third and fourth dimensions, or at least of postulating the latter’s existence. The artist finds the intermediate space between dimensions represented between the canvas and the folds.