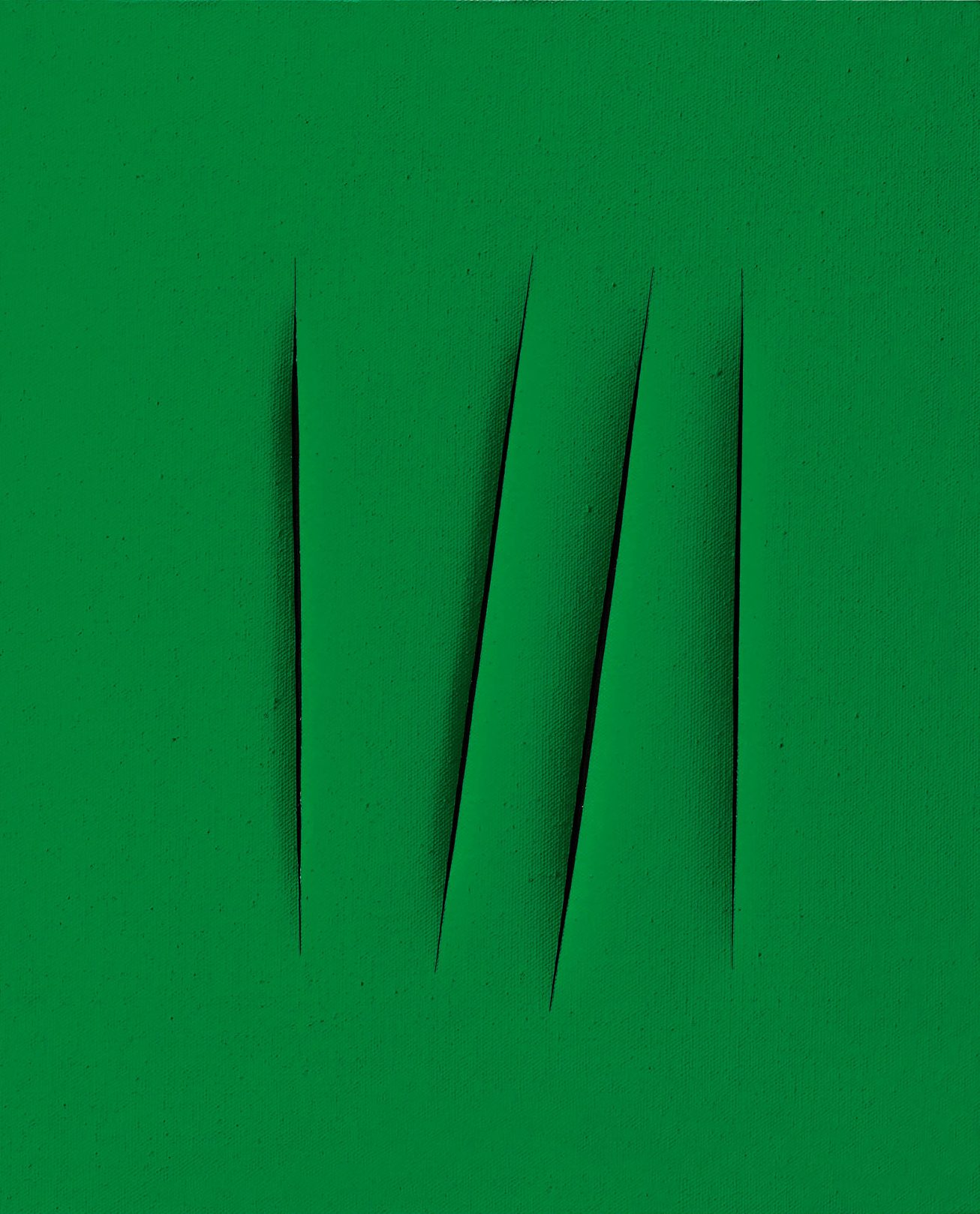 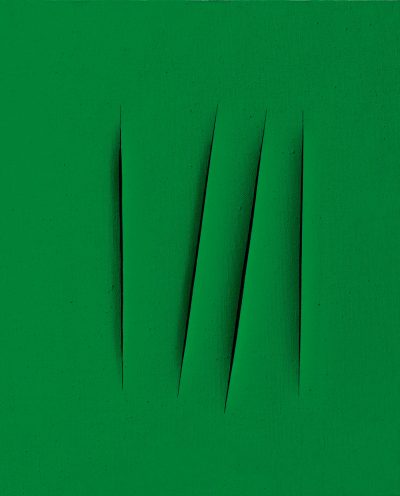 Lucio Fontana’s return to Italy from Buenos Aires in 1947 marked the beginning of a move toward abstraction in his work, as he turned his back on the long pictorial tradition based on figurative illusionism.  The artist sought a new spirit for art based on the transformation of matter and the dimension of infinite space, principles he developed in his theory of Spatialism, which he started publishing with his White Manifesto in 1946.  Fontana’s idea of the infinite involved going beyond the two-dimensional plane of painting in order to abolish illusory space and replace it with real space.  First by perforating and later by slicing the canvas, he crystallized this overcoming of traditional painting, establishing another aesthetic, plastic and perceptual dimension.

Passing through the canvas with holes (buchi) and slices (tagli) represented an act that was as concise as it was radical: with this apparently simple operation he threatened the idea of the painting as a surface for representing the real, that conception of the “window onto the world” inherited from the Renaissance.  This fact challenged the entire history of Western easel painting, and led Fontana to the understanding that painting no longer deals with an illusion contained within the boundaries of a stretcher, but is rather a complex combination of form, color, space, gesture and light.  The artist’s emphasis on the materiality of painting led him always to use monochrome surfaces for his works, which he gave the generic title of Concetto spaziale.

Concetto spaziale, Attese, a typical example of the series of tagli, reveals the exquisite combination of elegance and radical forcefulness that characterized the plastic work of this Italian-Argentine artist.  In this piece, Fontana perforated the surface of the canvas with four longitudinal but not strictly parallel slices, creating a slow, deliberate rhythm that evokes both an almost musical sequence and the artist’s own movements at the moment of executing the work.  The uniform monochrome painting accentuates the visual intensity of the dark crevices that result from the incision into the canvas, generating a contrast between the black bands and the vibrant green of the surface.