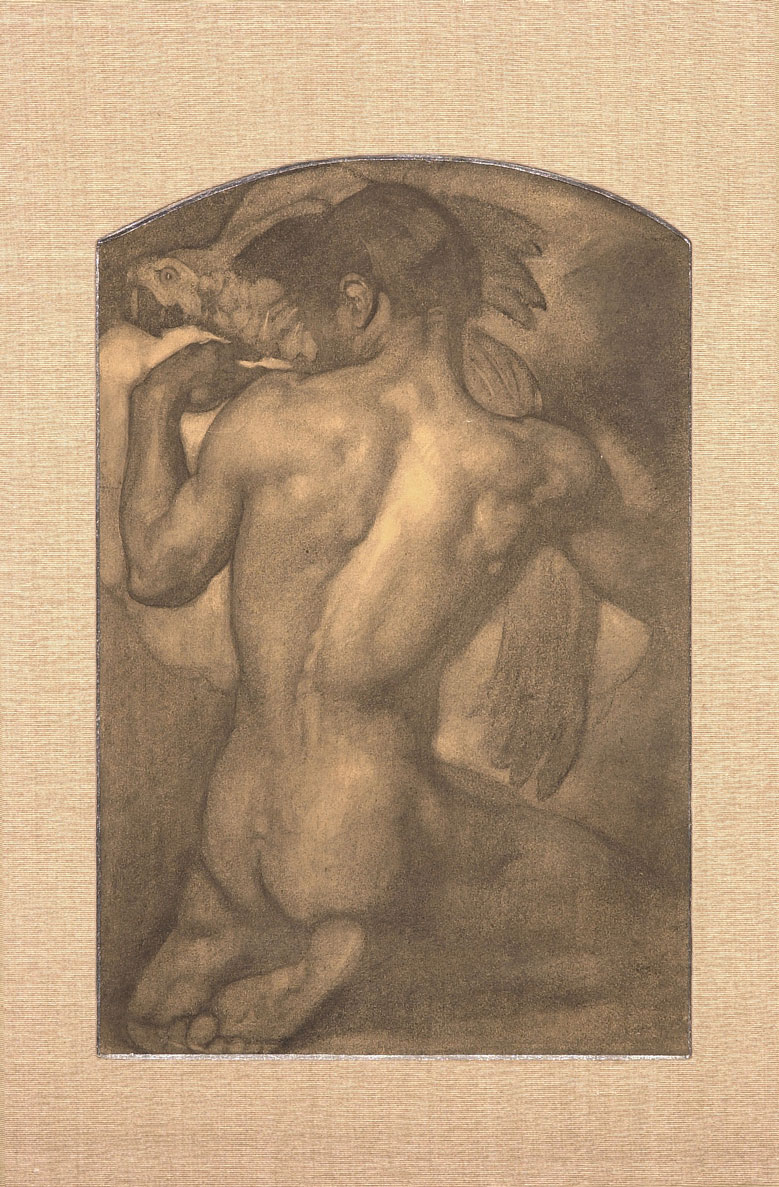 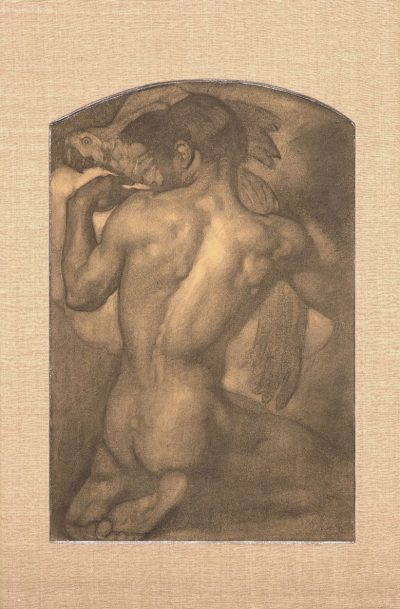 Saturnino Herrán was one of the most important representatives of modernism in Mexico.  Brief though it was, his artistic career was very prolific, and it marked a turning point in Mexican painting.  By being the first to represent workers and peasants, he was a predecessor to the muralists, inspiring them to include everyday people in their works.

In 1904 he began his studies at the Escuela Nacional de Bellas Artes under the tutelage of Antonio Fabrés and Germán Gedovius, who taught him drawing and painting, respectively.  Belonging to the Ateneo de la Juventud —a civil association that proposed to reflect on education in Mexico— and influenced by the ideas of cultural change that were taking shape in the country, Herrán followed the recommendation of Gerardo Murillo, better known as Dr. Atl, who was also his professor at the Academia, to create “a monumental art of his own.”  So it was that he began to incorporate folkloric themes and figures with indigenous traits into his works, giving rise to an iconography that synthesized Hispanic and Mesoamerican influences.

Quetzal is a preparatory drawing for the oil painting El quetzal, which the artist completed in 1917.  It is a work in which Herrán, in the words of the art historian Fausto Ramírez, makes “a sort of allegory of native beauty and gallantry,” using classical forms to depict the nude body of a dark-skinned model holding a quetzal, a bird that holds a lot of significance for Mesoamerican cultures.  Herrán’s figure is the masculine counterpart of a series of paintings he made of creole women.

The artist’s life was unexpectedly cut short in 1918, when he died after stomach surgery at the young age of 31.  In spite of being so young, Saturnino Herrán was already a master of the pencil and brush, and he died just as he was reaching the height of his creative powers.