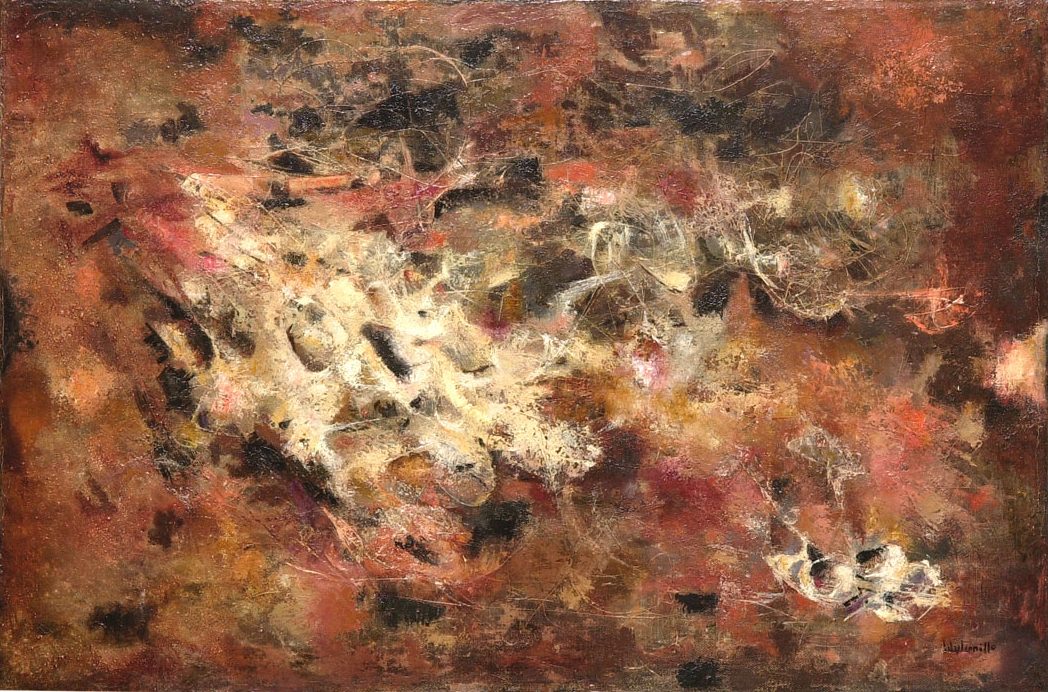 The tendency to pigeonhole an artist within movements and groups seems to be one of the constant features in the history of art. Because of her era or perhaps because of her circle of close friends, but especially because of her style, Lilia Carrillo has been identified as a member of the so-called Generación de la Ruptura, which was characterized by breaking with the canons of nationalist painting in Mexico. To call this a rupture is complicated, though, since there is really no before and after with these movements. Nationalism was not left behind after José Luis Cuevas wrote “La cortina de nopal,” nor was this group the first to introduce abstract painting or the vocabularies of the avant-garde to Mexico.

Although several members of the Ruptura made clear social and political declarations, Carrillo did not take a specific stance until 1968, when public and private university students began a movement demanding greater political and civil liberty. The painter joined a group of plastic artists who made an improvised mural in University City, thereby making evident her support of these young people. Lilia Carrillo did not take a position on gender, either; she neither understood nor made divisions between feminine and masculine, which is noticeable when analyzing the way in which she spoke both of her contemporaries and the artists she admired.

Abstracto is a very representative example of her work. Before 1953 her works leaned toward figuration, but they were transformed upon coming into contact with the avant-garde expressions coming out of Europe, and especially France, where she lived for a few years while studying at the Académie de la Grande Chaumière in Paris. Pieces like Abstracto were the product of long processes of meditation: before executing any kind of brushstroke, she would spend lengthy periods of time thinking about what to do. In this way, her paintings are the result of a prolonged period of reflection, which contrasts with the swiftness of their execution.